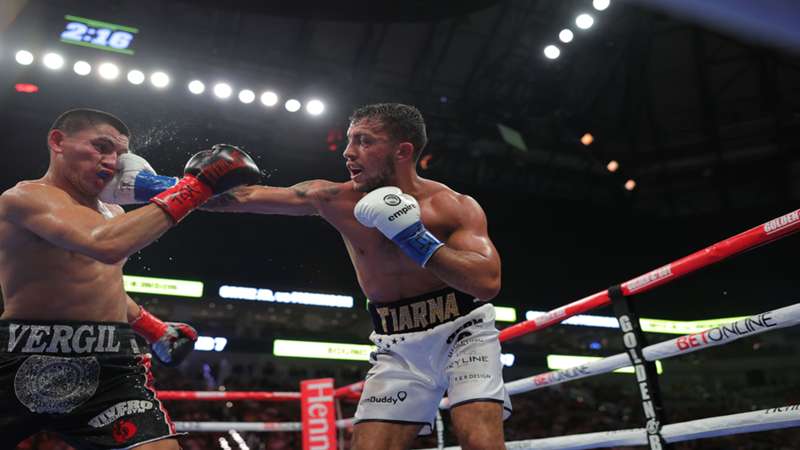 The Brit took the rising welterweight into the ninth round before succumbing to the unrelenting power of Ortiz 27 seconds into the stanza. Before the stoppage, McKinson knew where he stood heading into the frame. In his wildest dreams, he never imagined Ortiz would be the first fighter to stop him inside the distance when McKinson's corner waved the white towel to the referee.

“In round eight, he caught me with a body shot. It hit my hip bone. My whole side of me, I couldn’t use that side. The ninth round, he hit me there again, and that was it.”

Prior to Saturday night, Ortiz's (19-0, 19 KOs) longest outing was his last one before McKinson when he went to the eighth round against Egidijus "Mean Machine" Kavaliaukas. Despite being dropped and also losing for the first time, McKinson (22-1, 2 KOs) did find a silver lining in his performance.

“The plan was definitely to stay long and try and take it to the late rounds where he’s never been before,” McKinson said. “Then I would try to get to him mentally. I only took him one round deeper than he’s ever been, but I still took him the furthest out of anyone.”