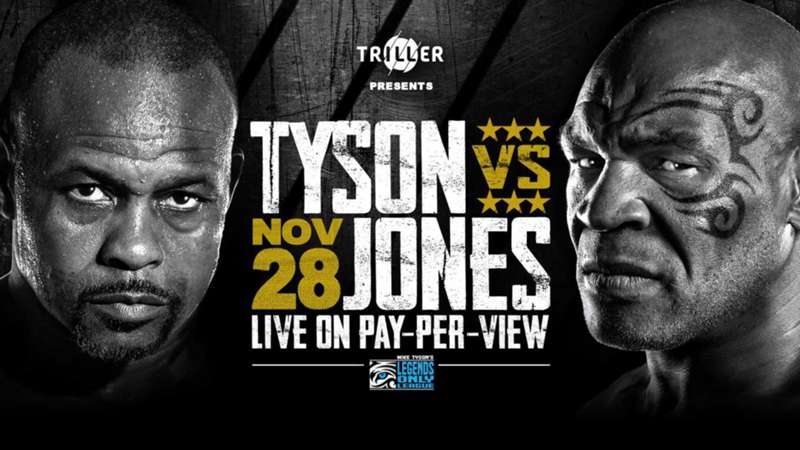 Two of boxing's greatest-ever world champions will return to the ring when Mike Tyson and Roy Jones Jr. compete in a seniors exhibition fight.

The decision to resume rigorous boxing training and lace up the gloves looks set to be part of Tyson's planned "Legends Only" venture, in which he hopes to convince past stars of various sports to return to the spotlight.

"I had so many athletes that called me want to be involved with [Legends Only]," Tyson told ABC News.

"You got Jerry Rice, [Joe] Montana. Listen, there are so many people that want to do this stuff."

Jones Jr. is a curious choice of opponent for the former undisputed heavyweight champion of the world.

Despite winning the WBA heavyweight title in 2003, Jones was predominantly at light-heavyweight, super-middleweight and middleweight.

Between that and the exhibition fight being shifted from six three-minute rounds to eight two-minute rounds, Jones Jr. has stressed that he feels the whole thing has been placed in his opponent's favour.

"Everything's to his advantage," he said on the Joe Rogan Podcast. "At this point, the fans are so excited about it, I wouldn't want to pull the rug from under the fans … and they (Team Tyson) will try and sue me.

"It's not really worth it, so I'm going to go in and do these two rounds, but I'm going to have to work a little bit faster than I expected to."

Here's all the information on how to watch the Tyson vs. Jones event, which also features YouTuber Jake Paul vs. three-time NBA slam dunk champ Nate Robinson.

FITE have acquired the rights to show Tyson vs. Jones Jr. in the U.S. and Canada via their various platforms (FITE.tv and its streaming apps), as well as on TysonOnTriller.com, which will serve as the central hub for the legends event.

The fight can also be ordered via major cable operators in the U.S. and Canada; check with your local provider to see if the fight is available.

In the U.K., the fight is available via BT Sport Box Office.

In Australia, the fight is available via Main Event.

What is the Tyson vs. Jones PPV price?

The Tyson vs. Jones pay-per-view event costs $49.99 in the U.S. The event can be ordered at FITE.tv or its streaming apps, as well as at TysonOnTriller.com and major cable TV providers.

Where is the Tyson vs. Jones fight?

The event takes place at the Dignity Health Sports Park in Carson, California. The stadium is the home of MLS club Los Angeles Galaxy and hosted Los Angeles Chargers NFL games from 2017-2019.