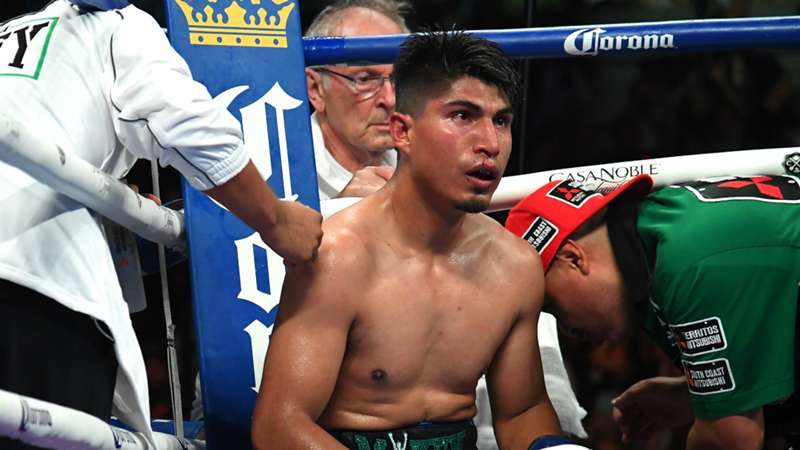 One of boxing's most notable names chimes in on the recent words between two of the sport's best.

Earlier this week, the pound-for-pound greats had a war of words on Twitter, with Crawford calling out Spence and telling the WBC and IBF titlist to stop ducking him. Spence responded in jest by saying he isn't avoiding Crawford. Whether the fight happens in 2020 remains to be seen.

While Crawford continues his quest to battle Spence, Mikey Garcia returns for the first time since he suffered the first loss of his career to Spence last March. Garcia meets former two-division champion, Jessie Vargas, on Feb. 29 at The Star in Frisco, TX., live on DAZN.

Garcia saw what transpired over social media between Crawford and Spence. The 32-year-old respects what Crawford has done up to this point, but thinks the manner at which "Bud" tried to secure the fight with "The Truth" wasn't the best way to go about it.

"Whenever I see something on Twitter, and Errol Spence was responding to him, it was in bad taste in my view," Garcia told DAZN News. "You want to get the fight, but you just know you’re not going to get it. That’s almost childish because that’s not the way to get things done. That’s not the way fights get done, especially when you have a promoter that you to talk with or talk to help you secure fights for you.

"Terence Crawford is a terrific fighter. He’s a great fighter. He’s been calling out names for a long time. He’s wanting to fight everybody. I know that for a fact. But unfortunately, he’s with Top Rank, and he’s working with ESPN, so that complicates things to secure the fight that he would want."

The one name missing from the list is Garcia, a four-division world champion. Some would feel slighted, but Garcia understands why Crawford hasn't mentioned his name. He's only had one bout at 147 pounds and got blown out in that attempt.

A win over Vargas starts to change things for Garcia and puts him on the list of guys who Crawford could potentially take on in the future. It's a challenge Garcia would love to have if he could hold up his end of the bargain.

"Of course it (facing Crawford) would interest me," Garcia said. "That’s a great matchup. It would definitely interest me. He’s focused more on the other names because he feels they have done a lot more at welterweight obviously and they have claimed titles there. And maybe that’s why he prefers those names over me. But if I accomplish what I want to accomplish in the division, then I’m sure he’d also be interested in a fight with me."