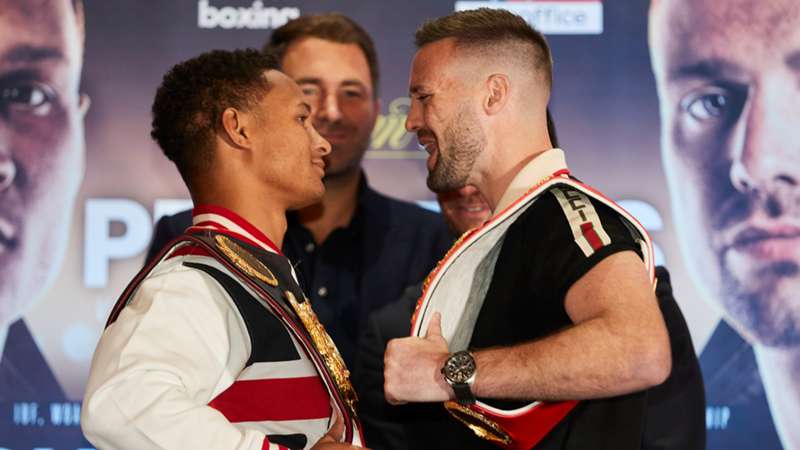 The WBSS super lightweight final between Regis Prograis and Josh Taylor will take place at the O2 Arena in London on Oct 26.

The Muhammad Ali Trophy is the prize awaiting the winner of the World Boxing Super Series tournament, but that's not the only thing on the line between Regis Prograis and Josh Taylor on Saturday in London.

The WBA Super, WBC Diamond, IBF and Ring Magazine super lightweight titles will also be up for grabs for the two unbeaten southpaws.

“To be getting this chance in London, at The O2 — I can’t wait,” said Prograis, who overcame Terry Flanagan on points and then scored a sixth-round TKO victory over Kiryl Relikh on his way to the final. “This is No. 1 and No. 2, two undefeated fighters in their prime, both champions. Sometimes you have two champions, but they’re not No. 1 and No. 2, but this time it’s two prime undefeated guys. This is a huge show and I am so excited to be a part of it.

“Everybody that I have fought was supposed to be an even, 50-50 fight, but I dominated. He is taller and longer than me, but the tale of the tape doesn’t matter to me. You can’t determine my hook by the tale of the tape or my boxing IQ. I don’t just want to repeat what he said, but I really cannot see how he can beat me. I am not being cocky or arrogant, but I just can’t see it.”

Taylor breezed past Ryan Martin with a seventh-round TKO and then dominated Ivan Baranchyk on points in May this year.

“I’m really looking forward to fighting for the first time in London, headlining at The O2, and I am so excited for it, I can’t wait.” Taylor said. “I am fully confident going into this fight. I am bigger than him, stronger, quicker and punch just as hard — I can beat him in every department. If he comes and tries to walk me down, then I believe that he will walk onto a shot, and I will get him out of there. If not I can outbox him for the full 12 rounds.”

Kalle Sauerland, chief boxing officer of tournament organizer Comosa AG, said, “As a fan this is my peak, this is the one that when we set it out this was the golden final. The ticket to the Ali Trophy, and it is a dream to have both guys, two undefeated and very young fighters with huge personalities. Two fighters who will come forward, both slick in different ways and both amazing to work with. It’s not often you see the best going against the best. This is one of the fights of the year and is an amazing card from top to bottom.”

The Prograis-Taylor card also features Dereck Chisora vs. David Price in a heavyweight bout. Here's everything you need to know for the card:

When is the Regis Prograis vs. Josh Taylor fight?

🗣 IT'S FIGHT DAY IN LONDON

How do I watch Regis Prograis vs. Josh Taylor?

The Regis Prograis vs. Josh Taylor fight is not available via traditional pay-per-view methods. Instead, fans in North America can sign up to watch the fight online with DAZN, the global sports live-streaming service.

DAZN is available on a variety of platforms, including Roku, Apple TV, Google Chromecast, iOS, Android, Xbox One, PlayStation 4 and PlayStation 3, as well as Chrome, Firefox, Internet Explorer and Safari browsers via DAZN.com.

How much does the Prograis vs. Taylor fight cost?

Where is the Regis Prograis vs. Josh Taylor fight?

The Ali Trophy final of Regis Prograis vs. Josh Taylor will take place at the O2 Arena in London.