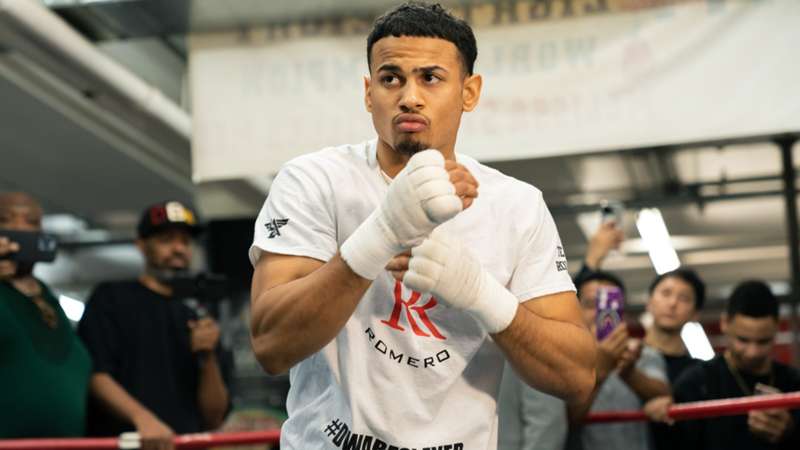 Rolly Romero makes a bold statement ahead of Saturday's contest against Gervonta Davis.

Rolly Romero was supposed to get the fight he's longed for when he was scheduled to face Gervonta Davis on December 5 last year.

However, Romero was the subject of a sexual assault case in Nevada and was subsequently pulled from the fight and replaced by Isaac Cruz. The case was later dropped, which cleared the way for Romero to finally get his hands on Davis come Saturday night.

Cruz almost ruined what Romero had wanted to do and become the first fighter to beat Davis. Instead, 'Tank' won a tougher-than-expected contest by unanimous decision. From what Romero saw that Sunday evening in Los Angeles, if he'd been standing across the ring and not Cruz, things would have ended differently.

"I'm gonna tell you like this: If I was in the ring that night that he fought Isaac Cruz, Gervonta Davis would have been knocked out cold," Romero told DAZN .

While the consensus was that Davis did enough to win, Romero viewed it differently and explained that if it weren't for his name, the knockout artist from Baltimore wouldn't have gotten the nod on the judges' scorecards.

"I thought it was (a) good draw," Romero admits.

"That was a good draw. The thing is, Tank is also the favorite and the money guy at the division. So why are they (the judges) going to give the fight to Isaac Cruz?"

Heading into the most important fight of his career, Romero (14-0, 12 KOs) is coming off of back-to-back stoppages wins over Avery Sparrow and Anthony Yigit. The 26-year-old doesn't want you to worry about a decision like Davis vs. Cruz. He vows to win emphatically to the point where the fans are the only ones who need to show up.

"The fight is not going to go 12 rounds," Romero bluntly said.

"We do not need judges. We don't even need a referee. I'm gonna beat the f— out of him."