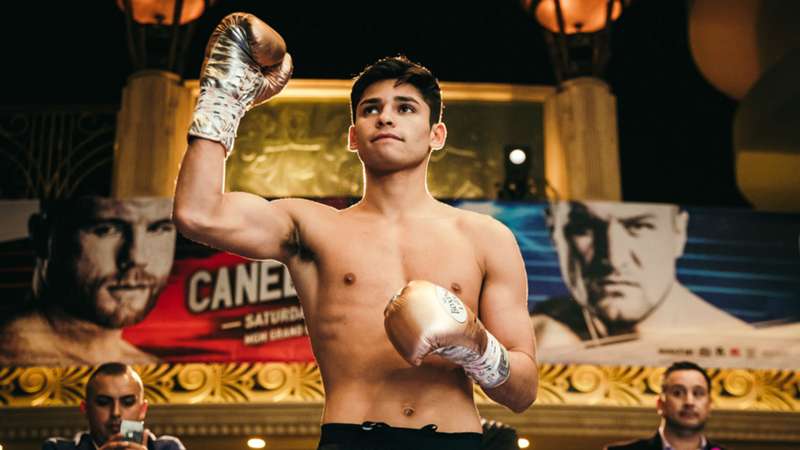 One of boxing's most popular young prospects returns to the sport's biggest stage, as lightweight Ryan Garcia takes on Romero Duno in the co-main event of the WBO light heavyweight title bout between Canelo Alvarez and Sergey Kovalev on Saturday, Nov. 2 from the MGM Grand Garden in Las Vegas, live on DAZN.

Garcia (18-0, 15 KOs), who has over 3.7 million Instagram followers, was initially scheduled to fight Avery Sparrow in the co-main event of the Jaime Munguia-Patrick Allotey card in Carson, Calif on Sept. 14. But the fight didn't take place when Sparrow was arrested before the weigh-ins on an outstanding warrant because of a gun charge in Philadelphia. Golden Boy Promotions attempted to keep Garcia on the card and have him face Duno on 24 hours' notice.

When that didn't happen, there was a public back and forth with Golden Boy, but all issues appeared to be resolved several days later with Garcia signed a multiyear deal with the promotion company.

Now, Garcia is finally set to face Duno, under a bigger spotlight in Las Vegas.

Can Garcia live up to the hype many boxing pundits have set forth for him? So who is Ryan Garcia? Let's take a look at the young star.

Who is Ryan Garcia? Facts about the young boxing star

How old is Ryan Garcia?

Garcia is known for his social media presence. He has 3.7 million Instagram followers, which is more than Deontay Wilder, Tyson Fury and his own promoter at Golden Boy Promotions, Oscar De La Hoya. Garcia also has more than 214,800 followers on Twitter.

Garcia is not married. Previously, he was in a relationship with Catherine Gamez, who is the mother to Garcia's daughter, Rylie, who was born March 21, 2019.

What is Ryan Garcia's net worth?

Garcia signed a multiyear deal in September to remain with Golden Boy. Although terms weren't disclosed, Garcia posted on social media that it was "one of the most lucrative boxing deals for a prospect in the history of the sport."

Just signed one of the most lucrative boxing deals for a prospect in the History of the sport 👑 Thank you to my team and @OscarDeLaHoya @makeawar pic.twitter.com/rClN7a4qC7

Outside of his boxing income, Garcia has been part of an Abercrombie & Fitch ad campaign.

Where is Ryan Garcia from?

Garcia was born in Victorville, Calif., on Aug. 8, 1998. He currently resides in Los Angeles.