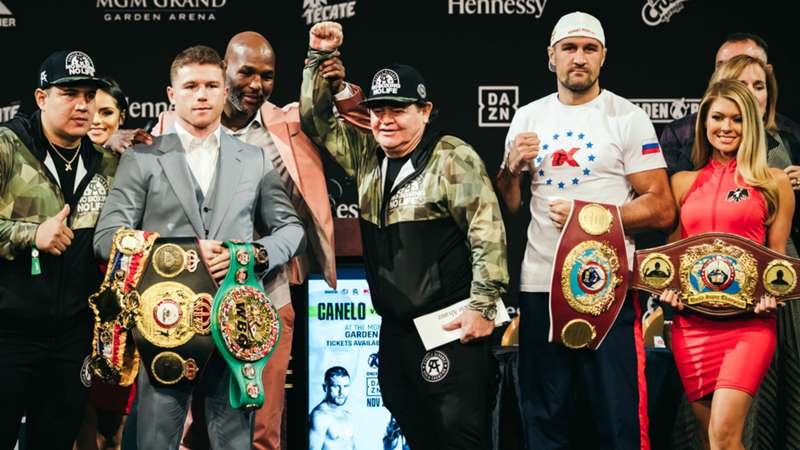 Canelo Alvarez looks to make history against Sergey Kovalev. Here's everything you need to know for the fight, including the start time and price.

A win by Alvarez (52-1-2, 35 KOs) would make him a four-division world champion and put him in the conversation of all-time great Mexican boxers — and perhaps all-time great boxers, period, as names such as Sugar Ray Leonard, Pernell Whitaker, Floyd Mayweather Jr. and Manny Pacquiao have been four-division champs.

Kovalev (34-3-1, 29 KOs), a three-time 175-pound titleholder and former unified champion, is coming off an 11th-round knockout over Anthony Yarde in August to successfully defend the WBO title.

Here's a complete viewing guide to the Canelo Alvarez vs. Sergey Kovalev fight, including start time, who's on the undercard and more.

What time is Canelo Alvarez's fight vs. Sergey Kovalev?

The action for the Canelo vs. Kovalev fight night gets started at 6:30 p.m. ET with the undercard, which features four fights, including the pro debut of Evan Holyfield, son of boxing legend Evander Holyfield. The main card begins at 9 p.m. ET and features rising star Ryan Garcia in the co-main event vs. Romero Duno.

It's all part of the build up to Canelo vs. Kovalev in the main event. The fighters are expected to take their ring walks about 12:15 a.m. ET, depending on the length of the earlier fights.

The start time of the Canelo-Kovalev will also depend on the length of UFC 244. The Canelo-Kovalev fight won't start until Jorge Masvidal vs. Nate Diaz is complete, giving fight fans the chance to see both main events.

How to watch, live stream Canelo vs. Sergey Kovalev

The Canelo vs. Kovalev fight will be streamed exclusively on DAZN in North America instead of on a traditional pay-per-view.

How much does the Canelo vs. Kovalev fight cost?

A subscription also includes access to archived Alvarez fights, including his memorable battles against Gennadiy Golovkin, as well as documentary features on Canelo.