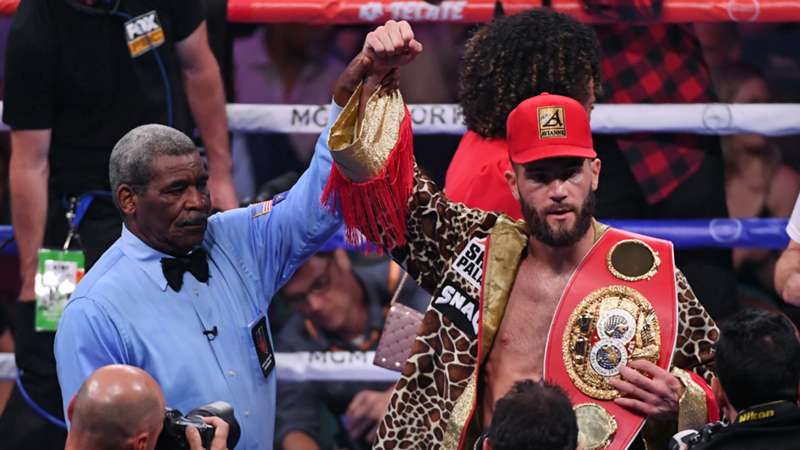 Eddie Hearn believes Saul ‘Canelo’ Alvarez’s fight with Caleb Plant will go ahead, but he is lining up light heavyweight alternatives.

Alvarez needs Plant’s IBF super middleweight belt to become the undisputed divisional champion, but there appears to be a sticking point in negotiations. With the original plan to fight in September, time is running out to finalise a date.

It has been suggested that if a fight with Plant does not materialise then Canelo could move back up to 175lbs, where he once took on and defeated Sergey Kovalev.

Speaking to the DAZN Boxing Show, Hearn appeared marginally more confident than he has done recently on teeing up a Canelo-Plant match-up.

“Lots of calls and lots of discussions,” he said.

“And I don't know if it's solid news to give you, but I do think it's eight weeks this Saturday.

“So eight weeks is kind of the ideal period when you want to get fired up and announced, and under way. There are discussions on many different fights still, but obviously, the Plant fights, that exists. Those conversations are ongoing. You know, there's been an offer from us, there's been discussions with them, and then off the back, and everyone's just sort of mulling that over.

“I don't want to say too much about it at the moment, but I think it’s looking good.”

Despite that proclamation, he then admitted other plans were being made if needed.

“We've already got a couple of other options in place, “ he said.

“We have other plans in place if the Plant fight is not happening. It's more now it's more a time frame issue. If things have to get over the line, they really have to do so within the next week, and that's very possible.”

Hearn, however, denied that IBC and WBF light heavyweight champion Artur Beterbiev is one of the options.

“We've not we've not discussed anything with Beterbiev,” he stated.

“We're in conversations with Dimitri Bivol and his team, he would accept that with Canelo Alvarez, there's others as well. But I think sooner or later, the Plant fight’s going to happen. “So if we could do it now, you know, those ones with Bivol and Beterbiev would be a natural progression after that.”