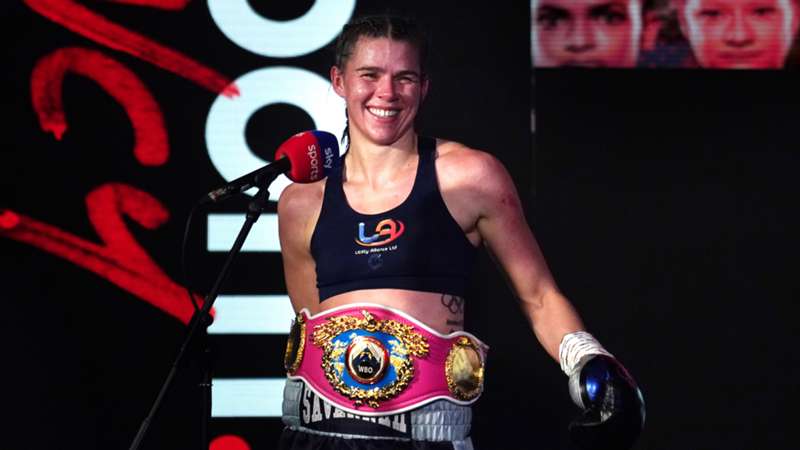 The WBO women's middleweight champion makes her first defence Saturday, but must now be ready to adapt.

Savannah Marshall will no longer be defending her WBO middleweight crown against Femke Hermans on Saturday, in support to the welterweight headliner between Conor Benn and Samuel Vargas, after a member of Herman's training team contracted COVID-19.

Lindberg is now 44 years of age and will be the underdog by some distance, but Marshall will need to adapt to her new opponent at just three days' notice in order to ensure she begins her title reign, and planned eventual challenge of pound-for-pound queen Claressa Shields, the right way.

Marshall remains the only fighter to hold a victory over Shields in any shape or fashion, back in the duo's amateur boxing days on the road to the London 2012 Olympics. They have gone back and forth on social media and in interviews in recent months, but it looks to be an issue that will have to be settled one day on the biggest stage.

Shields vs. Lindberg, as well as Benn vs. Vargas and a full undercard, air live Saturday Apr. 10 on Sky Sports in the UK and Ireland and on DAZN everywhere else except for Australia, New Zealand and China.