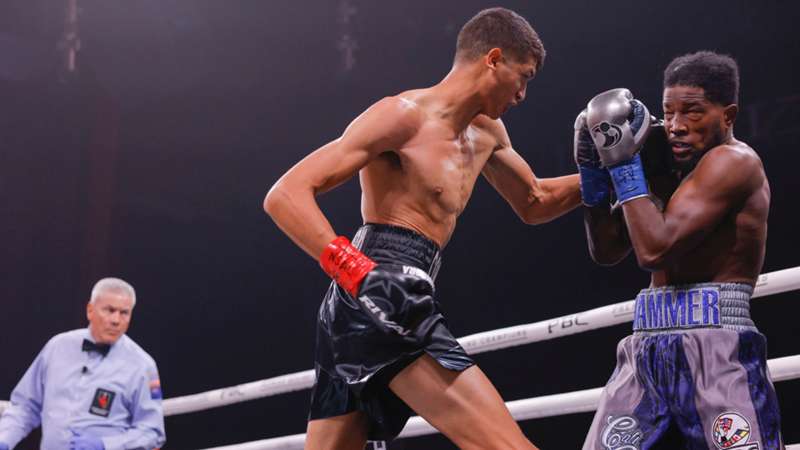 There are some who still consider Canelo Alvarez on top of the boxing food chain.

Canelo Alvarez and Gennadiy Golovkin concluded their trilogy in September, with the former winning a clear-cut unanimous decision to win two of the three fights.

Alvarez controlled the bulk of the contest until GGG made a late surge that was too little, too late to make the final scorecards close. Watching the fight at home with family and resting after a day of training was interim WBC junior middleweight Sebastian Fundora, who didn't come away too impressed with the action inside the ring.

"My dad and I made a joke that it was more of a retirement plan," Fundora, who faces Carlos Ocampo on Saturday, recently told DAZN. "But we will see what Gennadiy has in store for himself. I didn't expect that from him, but it is what it is. And Canelo didn't look too sharp either. I think that was just more of a sparring match. A paid sparring match. But it is what it is. Not everybody is going to be their best every day."

The victory was the first for Canelo after losing to WBA light heavyweight champion Dmitry Bivol in May. Even though he bounced back with a wide decision win over his arch-rival, not many feel Alvarez has regained his spot on top of the pound-for-pound rankings. Don't count Fundora among the naysayers.

"He just had an off day," Fundora said. "That's all. I'm not really gonna say anything about his fight game because I still consider him pound-for-pound number one."

In his last time out, Fundora (19-0-1, 13 KOs) stopped Erickson Lubin in one of the best fights of 2022 to win the interim belt. Since getting thrashed by three-belt welterweight champion Errol Spence Jr. in the first round back in June 2018, Ocampo's been on a tear, winning 12 consecutive fights to earn an opportunity to win a world title at 154 pounds. By all accounts, Fundora should win handily as he has every advantage on paper. None of that matters to Fundora as Ocampo has his full, undivided attention.

"Look at the last guy. He was on a six-fight win streak," Fundora said. "Carlos Ocampo is on a 12-fight win streak. Why aren't they hyping him up the same way? Just because he's not as ranked as high or anything. This guy's another dangerous opponent, another ranked fighter, and we're just going to prepare best for him."