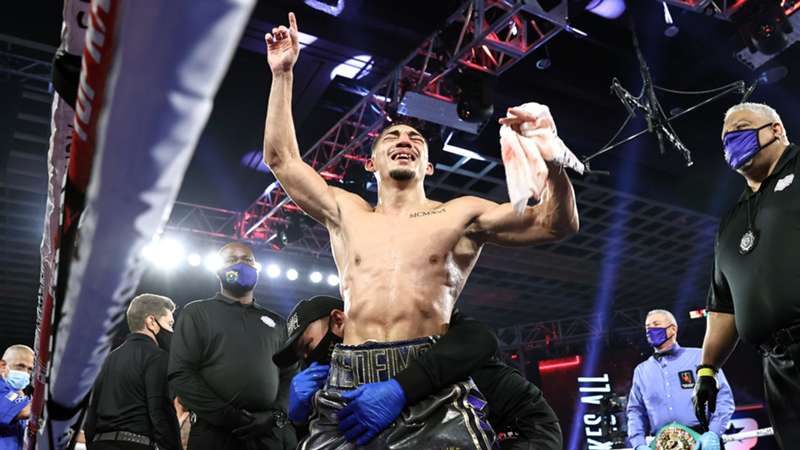 The three-belt lightweight champion is ready to face the guy who holds the final piece of the 135-pound title puzzle.

In February, Teofimo Lopez made it clear that he wanted to meet Devin Haney to determine who is the undisputed lightweight champion.

It's a fight that Haney wants if him and Lopez do as many expect in their upcoming bouts. During his open workout on Tuesday, Lopez made it abundantly clear that he wants Haney after Kambosos.

"We haven’t really seen Devin step up to the plate until now," Lopez told Boxing Scene. "So, we can’t really tell or predict what’s gonna happen until we see it on Saturday.

"Maybe he’ll surprise all of us, or maybe not. Maybe he might just show up to the limit he always is. He’s a one-dimensional fighter. He’s not a universal fighter. It’s so easy to pick up on these guys. And may the best man win. I really want Devin to win this fight because I want his head next.”

Lopez has been calling himself the four-belt lightweight champion. Some feel since he's only the WBC "Franchise" champion that Haney is the real WBC titlist. Lopez doesn't feel that way because he beat Vasiliy Lomachenko, which should make him the undisputed champion.

“He ain’t the WBC champion,” Lopez said. “He is the email world champion. He is the true definition of fake it till you make it. The only thing that’s keeping him relevant right now is that fake-ass belt.”