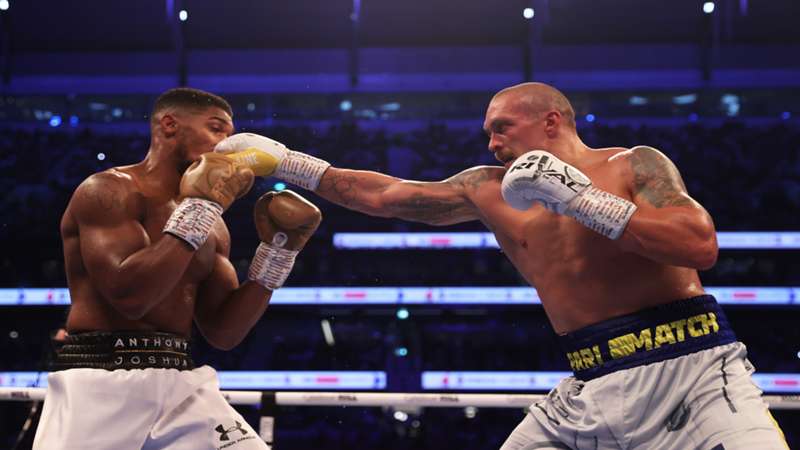 The chances of an all-British undisputed fight look slim.

Tyson Fury’s co-promoter Frank Warren believes a fight with Anthony Joshua is unlikely and he does ‘not see it happening now’ after Oleksandr Usyk’s victory.

The 34-year-old Ukrainian was a convincing winner on points on Saturday night at the Tottenham Hotspur Stadium, and Joshua’s disappointing performance was so underwhelming there are questions over whether he could win any rematch with Usyk.

Speaking to the BBC after the fight, Warren said: "I don't see it happening now.

"If it did happen, what would Tyson have done to him? It wouldn't have gone 12 rounds. Tyson would have destroyed him. Absolutely. The unification fight was there, such a big fight. Heartbreaking.

"What would Tyson Fury have done to Joshua? A better chin, bigger puncher."

Warren was impressed by Usyk but appeared to think it was Joshua’s defeat more than it was a win for his rival.

"But that was my thing about this fight - Joshua is so vulnerable. He's been like that for ages.

"I thought Joshua would be too big for Usyk, but I knew if he was there at the end, then he's been outboxed. Usyk nearly had him over at the end."

"He was gun shy. Never let his hands go. They can talk all they want about rematches. He's just been totally exposed, like he was against Ruiz. How can he be getting outjabbed by Usyk, who was taking the fight to him? I was shocked at that.

"Even if he was to beat Usyk, what is Tyson Fury going to do to Joshua? You'd have your house on Tyson beating him."