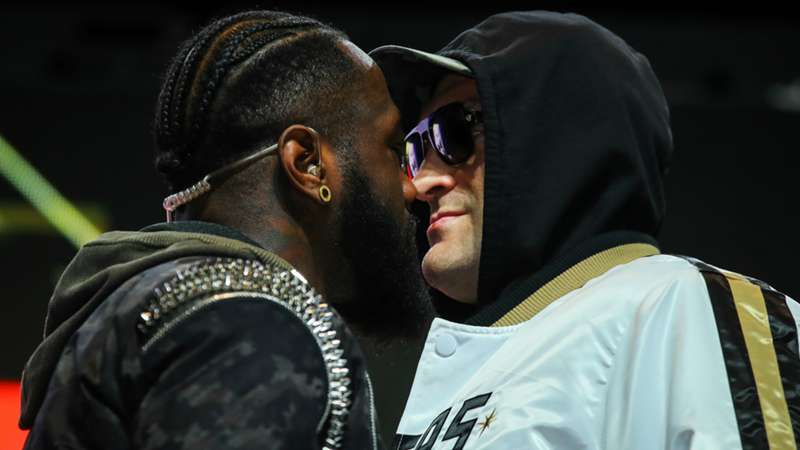 Bob Arum wanted the third showdown between WBC heavyweight champion Tyson Fury and Deontay Wilder to have a crowd, and he may have found a way to welcome 15,000 fans to the fight before Christmas.

Arum said he is "optimistic" the bout could take place on December 19 at the Allegiant Stadium, the newly-built home of the recently-relocated Las Vegas Raiders.

“That’s what we’re moving ahead on, on all fronts, with the security, with the virus, and everything,” Arum said.

“We’re talking with everybody here in town, with the Raiders. So we’re optimistic that we’ll be able to do the event in Nevada, in Las Vegas.”

Wilder and Fury drew in their first fight, but the unbeaten Brit's emphatic seventh-round finish of the American in fight number two could make the third a tougher sell, especially when combined with the fear and uncertainty surrounding the COVID-19 pandemic.

Such an event would require clearance from the U.S. Government and the state of Nevada, but would be a huge step forward for the return of major boxing events with sizeable crowds if it can happen safely.

The quotes from Arum came on the same day journeyman Jason Gavern, who has fought both Wilder and Anthony Joshua as well as participated in extensive sparring with Fury, said 'The Gypsy King' was by far the most impressive of the three elite heavyweights from his perspective.

"It was crazy how good Tyson was, and this was six years ago. I sparred with Fury in Bolton for 10 days," Gavern told  Sky Sports . "He was amazing.

"Joshua is more technical than Wilder. Look at their records - he doesn't have the same knockout stats that Wilder does."

"[Joshua] didn't hurt me with the first couple of knock-downs, they were just flash knock-downs. But the last knock-down? He hurt me. Even when I went back to the locker room, I was still wobbly. I was never hurt against Wilder."