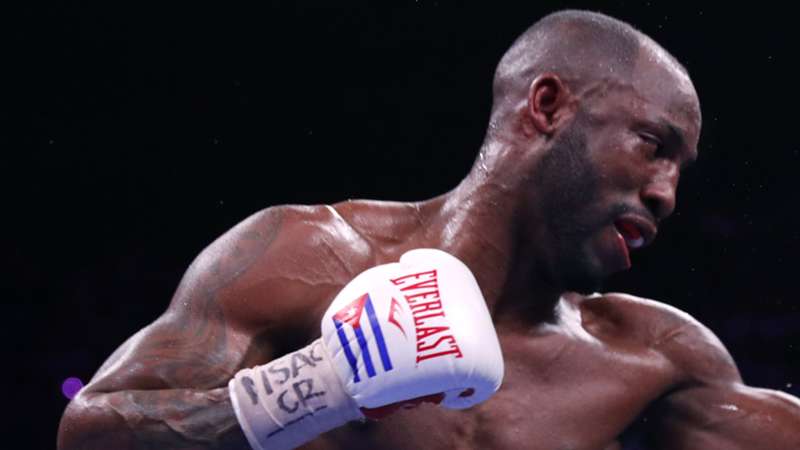 Exclusive interview: The WBA (Super) welterweight champion's noted aggression might not be the key to victory Saturday night.

Yordenis Ugas is aware that Freddie Roach has him scouted on short notice as “not a typical Cuban boxer that’s really slick” due to “looking for the knockout all the time,” as Manny Pacquiao’s longtime trainer told DAZN last week.

But the WBA (Super) welterweight champion believes that the key to defeating Pacquiao at T-Mobile Arena in Las Vegas on Saturday night may very well come down to leaning on his sweet science skills more than aggression.

“I think it ends up being about adjusting the strategy a little bit,” Ugas told DAZN in response to Roach’s assessment of him. “I’m going to have to outbox him more than anything. That’s the strategy that we’re working on right now without obviously going into much detail.”

A look at the 35-year-old Cuban’s pro ledger (26-4, 12 KOs) certainly demonstrates that he’s capable of using his complex style to outbox opponents. In fact, three of his last five fights have been points victories in his favor, including the split decision he earned over Abel Ramos to be crowned WBA champ.

The one loss within that period came via a split decision to then-WBC welterweight world champion Shawn Porter in a March 2019 fight that many felt Ugas did enough to win — including Roach.

“I thought maybe Porter got a gift in that one,” Roach told DAZN last week. “It was a very, very close fight. I’m not a boxing judge, but I would have gave that fight to Ugas.”

Pacquiao vs. Ugas: A short-notice fight

Ugas and Pacquiao both enter Saturday night’s tilt with the same disadvantage, considering that Pacquiao was training to fight a fellow southpaw in Errol Spence Jr. and Ugas was preparing for a fellow right-handed fighter before Spence’s retinal tear slid the Cuban into the main event against the boxing icon.

“The change in status for both him and I is a disadvantage,” Ugas acknowledged. “It’s something that he and I are both going to have to deal with but at the same time we’re both warriors and we’re able to deal with anything.

“That’s why we’re champions and that’s what we do,” he continued, “we overcome obstacles.”

Ugas received a moving reception from his gym after it was announced that he landed the Pacquiao fight.

“When I’m in the gym, I always focus on being a role model for the younger fighters to show them my dedication, experience, will to fight,” Ugas said.

And that’s just part of his motivation.

“I want everyone to know that I didn’t take this fight for the money,” he additionally offered. “I took it for my legacy, for my reputation and I promise to the fans that they’re going to enjoy this fight so much.

“It’s going to be a jam-packed reaction.”