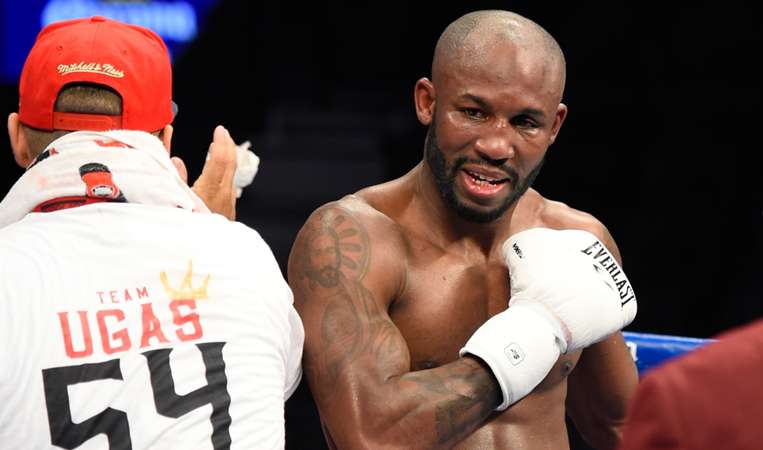 Exclusive: Roach believes that the WBA (Super) welterweight champion can be as dangerous on Aug. 21 as Errol Spence Jr. would have been.

The boxing world bellowed a collective groan upon hearing Tuesday’s news that Errol Spence Jr. was forced to withdraw from the Aug. 21 mega bout with Manny Pacquiao due to a retinal tear in his left eye.

Freddie Roach, Pacquiao’s longtime trainer, was included in that despondency.

But the revered trainer doesn’t have too much time to wallow over the fallout of his charge not clashing with the undefeated WBC/IBF welterweight champion. Roach must prepare Pacquiao to challenge WBA (Super) welterweight champion Yordenis Ugas on only 12 days notice, instead.

Well, less if you ask Roach, the adjustment work to train the boxing legend for the rugged Cuban fighter has already started with urgency.

“I got three right-handed sparring partners,” Roach revealed. (Pacquiao) boxed eight rounds (Tuesday), and we have eight rounds of sparring coming up. Monday (Aug. 16) will be our last day, and we’ll be ready to go.”

That being said, transitioning in preparation for a southpaw like Spence to an orthodox boxer like Ugas on a few days notice won’t be easy, despite the 42-year-old Pacquiao’s rich experience against right-handed fighters.

“It’s a totally different style than what we had,” Roach concedes.

That and Ugas is a dangerous opponent in his own right. After being edged in a close split decision by Shawn Porter in March 2019, the 35-year-old Cuban has rattled off victories over Omar Figueroa Jr., Mike Dallas Jr., and Abel Ramos. The latter win, which came by split decision in September, had Ugas claiming the WBA (Regular) welterweight crown. He was elevated to WBA (Super) titlist when the boxing organization made Pacquiao the champion in recess in January.

The aggressive style that Ugas (26-4, 12 KOs) brings into the ring is a cause of concern for Roach, who even thinks it’s feasible that the Cuban can be as dangerous of an opponent for Pacquiao as Spence due to the late switch.

“I’m watching tape on him, and he’s going for the home run a lot,” Roach said regarding Ugas’ headhunting style. “He throws a big overhand right.

“He threw a big overhand right (in) one of his fights. (He) started from a little bit too far away, missed and he fell down to the floor. I said, ‘This guy is just going for the f—ing kill,’” Roach continued. “He’s not a typical Cuban boxer that’s real slick or anything like that.

For what it’s worth, Roach believes that Ugas did enough to beat Porter, the then-WBC welterweight champion.

“I thought maybe Porter got a gift in that one,” Roach offered. “It was a very, very close fight. I’m not a boxing judge, but I would have gave that fight to Ugas.”

He adds that honing in on that March 2019 tilt will give him invaluable insight about Ugas.

“The Porter fight is the one that I’ll watch the most,” the trainer added, “because I think Porter was the more seasoned fighter at the time.”

Though the disappointment from Spence’s withdrawal stings like an open wound, Pacquiao can take some solace knowing he’s fighting for the very title that he never lost in the ring.

The WBA (Super) welterweight championship is the same strap that Pacquiao snatched from Keith Thurman in July 2019 and took offense to the governing body stripping him of it due to inactivity thereafter. The WBA subsequently refused to restore him as champ last month. Despite this bout not being a unified championship tilt against Spence, Ugas represents a formidable challenge at the T-Mobile Arena in Las Vegas next weekend for the boxing icon.

“I’m very disappointed that we’re not fighting the best opponent out there right now, but we are fighting a good opponent, though,” Roach said, touching on the late change from Spence to Ugas.

“We have to box a really, really smart fight.”