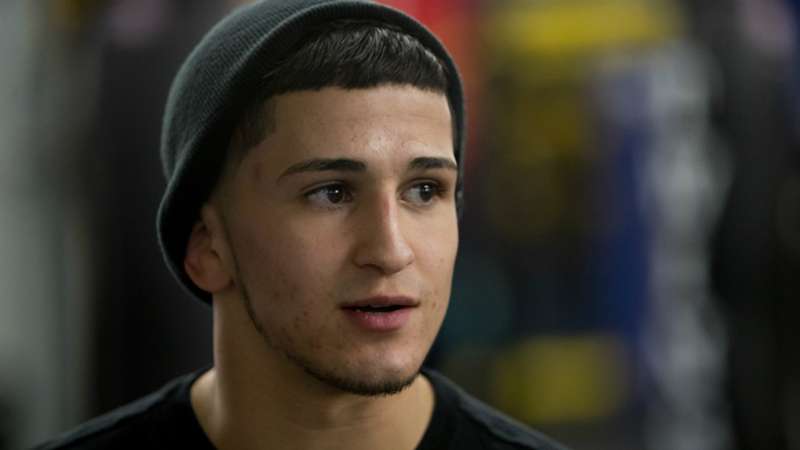 Top ranked bantamweights Ricky Bandejas and Sergio Pettis battle in the main event of Bellator 242 this Friday on DAZN.

Bellator returns for the first time in five months as Bellator 242 takes place on Friday night at the Mohegan Sun Casino in Uncasville, Conn.. The promotion returns with the main event between two of the top fighters in the bantamweight division, as Ricky Bandejas takes on Sergio Pettis.

The last scheduled show was Bellator 241 on March 13 at the same venue as Friday. But the event was canceled due to the COVID-19 pandemic, which put Bellator on hiatus until this weekend.

Bandejas (13-3) put himself in the minds of MMA fans when he scored an electrifying first-round knockout of heralded prospect James Gallagher at Bellator 204 in August 2018. Then Bandejas went on to lose two in a row before scoring back-to-back KOs over Ahmet Kayretli and most recently Frans Mlambo at February's Bellator 240 to gain momentum heading into his first headlining contest.

After a 9-5 run in the UFC, Pettis stormed into his new home in January at Bellator 238 and submitted Alfred Khashakyan in just three minutes to put the 135-pound division on notice.

The winner puts himself in prime position to get a title shot in his next fight. Who will emerge victorious and get one step closer to that opportunity?

Here's everything you need to know about Bellator 242.

When is Ricky Bandejas vs. Sergio Pettis at Bellator 242?

Bandejas vs. Pettis TV, live stream: How to watch Bellator 242

The Bellator 242: Bandejas vs. Pettis card is available on Paramount Network and DAZN in the United States. It is also available on DAZN in Canada, Germany and Austria.

How much does Bandejas vs. Pettis cost?

For current subcribers, the fight is already included as part of your plan.

DAZN subscribers can live stream the Bandejas vs. Pettis card in addition to dozens of other live events and original programming included in DAZN's multi-sport offering.

For those watching via Paramount in the U.S., viewers can check if the network is part of their cable or satellite plan.

Where is Bandejas vs. Pettis taking place?

Bellator 242: Bandejas vs. Pettis will take place at The Mohegan Sun Casino in Uncasville, Conn. It will be the first time Bandejas and Pettis compete at the venue.