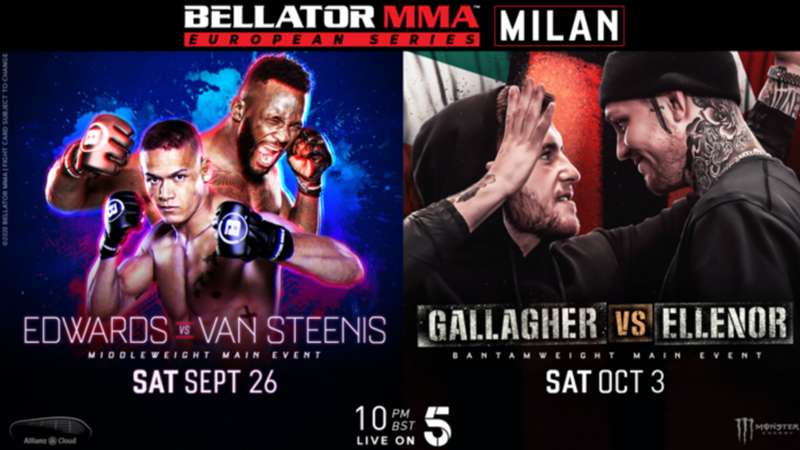 Bellator will build up to their Oct. 10 debut in Paris with a double bill in Milan, featuring James Gallagher, Fabian Edwards and more.

Hot on the heels of the confirmation of their historic first show in Paris, Bellator have confirmed cards on Sept. 26 and Oct. 3, both at the Allianz Cloud Arena in Milan, Italy.

The main event on Sept. 26 sees Fabian “The Assassin” Edwards (9-0) face Costello “The Spaniard” van Steenis (12-2) at middleweight. Birmingham's Edwards' 100 per cent professional record is at stake, while Dutchman van Steenis was on a hot streak of six straight victories — including his first four Bellator appearances — before defeat to John Salter last year.

On Oct. 3, bantamweights James “The Strabanimal” Gallagher (10-1) and Cal “Pacino” Ellenor (8-2) are set to finally do battle after having their bout scrapped twice due to the COVID-19 pandemic — once in Dublin and then in London.