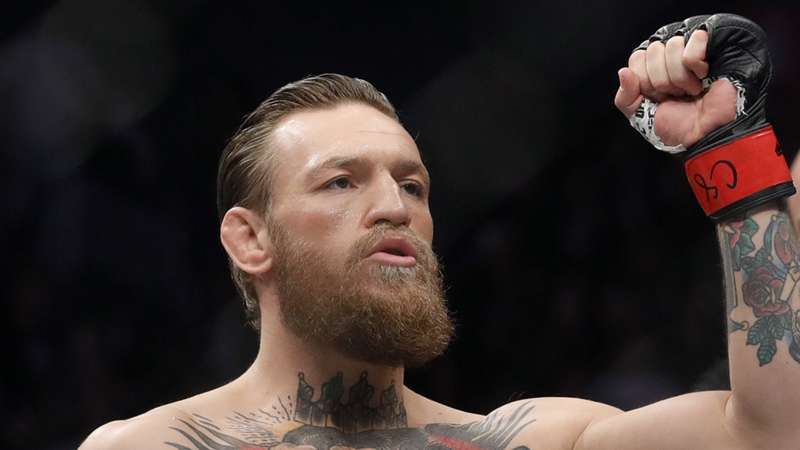 Just like that, "Notorious" would be back into title contention.

The UFC saw enough from Conor McGregor last month to thrust him back into title contention.

After watching "Notorious" destroy Donald Cerrone in 40 seconds, UFC president Dana White seems ready to give McGregor what he wants for his next fight.

“Probably the winner of Khabib [Nurmagomedov] and Tony [Ferguson],” White responded on The Jim Rome Show during Super Bowl media week when asked who McGregor's next opponent will be.

In giving that answer, White, at least for the moment, shelves any thoughts of McGregor stepping into the Octagon to face opponents such as Nate Diaz, Justin Gaethje and Dustin Poirier. There had also been talks about McGregor possibly facing Jorge Masvidal, but Masvidal is on a collision course with Kamaru Usman — especially after their heated confrontation on Radio Row on Wednesday.

For White, seeing McGregor's dominant performance against Cerrone at UFC 246 on Jan. 18 was all he needed to put "Notorious" back in line for a UFC lightweight title shot against the winner of Nurmagomedov-Ferguson.

“He looked unbelievable in this fight,” White said of McGregor’s first-round TKO of Cerrone. “And for people that are saying 'Cowboy' is shot, 'Cowboy' is this — 'Cowboy' is one of the best and one of the baddest to ever do it and he showed up to win that night and Conor McGregor ran through him like a freight train.

“McGregor looks better than he’s ever looked," White continued praising the MMA sensation. "His head’s in the right place. Mentally, physically and emotionally, he is ready to roll and I can’t wait until his next fight.”

During that same interview, White said he'd give the slightest edge to Nurmagomedov against Ferguson at UFC 249 on April 18 on the strength of Khabib's 28-0 record. That would set up an explosive Khabib-Conor rematch.

Following McGregor's win over Cerrone, White spoke about the potential of that rematch.

"Conor vs. Khabib 2 does more than three million," White told reporters at the time, referring to potential pay-per-view buys. "I think it might rival Floyd (Mayweather Jr.) vs. Conor."

Of course, Nurmagomedov will have to get by Ferguson first. Khabib made McGregor tap out to a neck crank in the fourth round of their October 2018 clash.