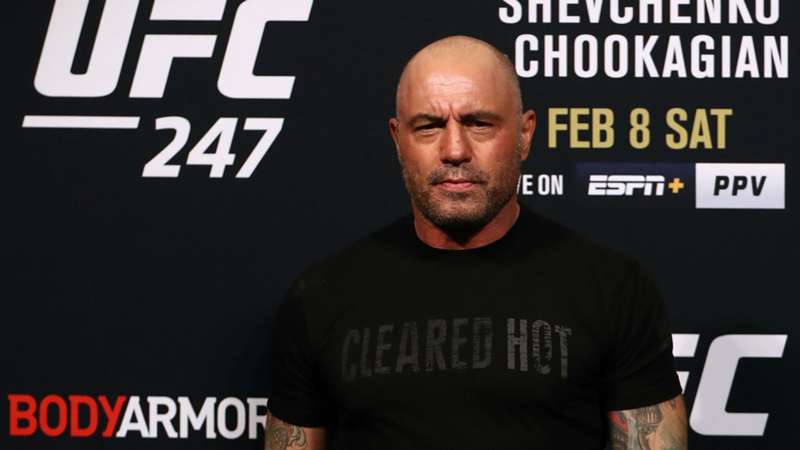 Rogan, the leading voice of the UFC commentary team, says that he will not be part of UFC 249.

UFC president Dana White has made it clear that the show must go on despite coronavirus concerns, and UFC 249: Khabib vs. Fergurson will almost certainly take place on April 18.

And if that's the case, the show will go on without one of the leading voices of UFC commentary team.

Joe Rogan is arguably the most recognizable voice when it comes to a UFC broadcast. The longtime staple for all major UFC pay per view events is normally expected to take his place cageside and provide his enthusiastic and boisterous commentary. But he recently announced that he'll be sitting UFC 249 out.

“I guess someone’s going to commentate it — it’s not gonna be me,” Rogan said on "The Joe Rogan Experience" podcast. "UFC is talking about putting on a fight on April 18. I don’t know how they’re gonna do that. I don’t know if they’re gonna be able to do that in the United States. They’re talking about doing it in a place with less than 10 people, just in an open arena.”

White has been adamant that the coronavirus pandemic won't prevent him from finding a location for UFC 249 despite the rest of the sporting world being completely shut down in an effort to prevent the spread of the virus. Rogan, who has had several experts on the show to discuss the ongoing pandemic, doesn't see things the way White does. Although the showdown between UFC lightweight champion Khabib Nurmagomedov and Tony Ferguson is highly anticipated due to the previous four times it has been scrapped, Rogan doesn't deem it necessary to try to push the fight through to prove that White can pull it off.

“This fight is so cursed,” Rogan said. “This is how Dana feels. This is why Dana’s trying so hard to make it happen, even if there’s only 10 people in the room.”

Ultimately, it's about the safety of the fighters, and the possibility of spreading the virus is too great for Rogan to involve himself in.

"The thing is, how are they going to make sure nobody has it?” Rogan said. “You’re going to have to test everybody. And if someone has it, do you let them fight? What if they have it, and they’re like Idris Elba, and they have no symptoms, but they’ve got the corona? What if Khabib has the corona? Or what if Tony has the corona? Does Khabib even fight him?”

For Rogan, it's better to be safe than sorry.