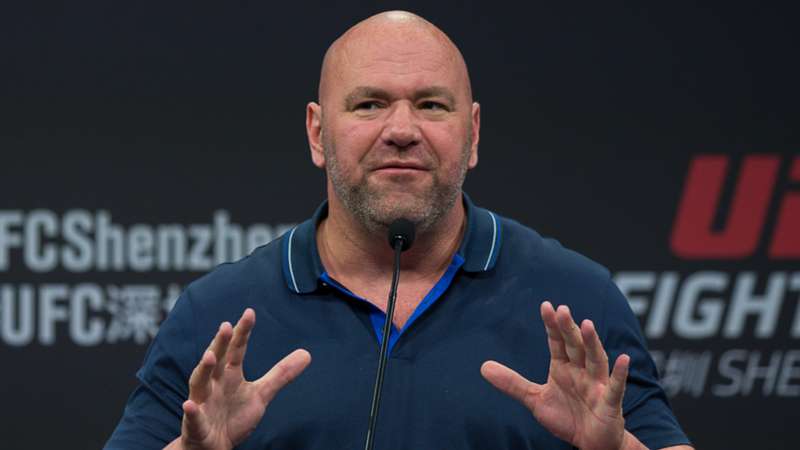 The UFC president wants to add Francis Ngannou vs. Jairzinho Rozenstruik to the card being headlined by Khabib Nurmagomedov vs. Tony Ferguson.

Not only is Dana White insistent on making sure that Khabib Nurmagomedov vs. Tony Ferguson happens on April 18 despite the coronavirus outbreak, but he's also out to make UFC 249 the best card it could be.

The UFC president crashed ESPN's Brett Okamoto's Instagram Live session with Francis Ngannou on Wednesday morning and spoke about making UFC 249 "the baddest card that's ever been done," adding that Ngannou vs. Jairzinho Rozenstruik could very well get added to the event, which will be totally new by the time he gets done tinkering with it.

Dana White ( @danawhite ) crashed my IG Live with Francis Ngannou this morning, from the UFC HQ. He had his matchmakers there. Said he’s trying to build “the baddest card that’s ever been done” on April 18. Said the postponed Ngannou vs. Rozenstruik bout could end up on that card.

Dana White just told @bokamotoESPN on his IG live stream that #UFC249 will most likely be a totally new card with a mixture of existing fights and fights moved to it. One of those added to it could be Francis Ngannou vs. Jairzinho Rozenstruik. That's what they're working on.

Adding Ngannou vs. Rozenstruik and other fights to make a totally new UFC 249 only ups that ante in White refusing to let the global pandemic of COVID-19 stop his company.

Earlier in the week, White told Yahoo Sports that UFC 249 will be a "closed event" without any fans, but he wouldn't reveal the location nor whether the company will test its fighters for the coronavirus.

Ngannou vs. Rozenstruik, originally slated for March 28 at the Nationwide Arena in Columbus, Ohio, before an attempt to move it to the UFC Apex in Las Vegas, was one of three UFC events postponed due to the coronavirus outbreak. Would he consider adding Tyron Woodley vs. Leon Edwards — another postponed fight — to UFC 249 as well?