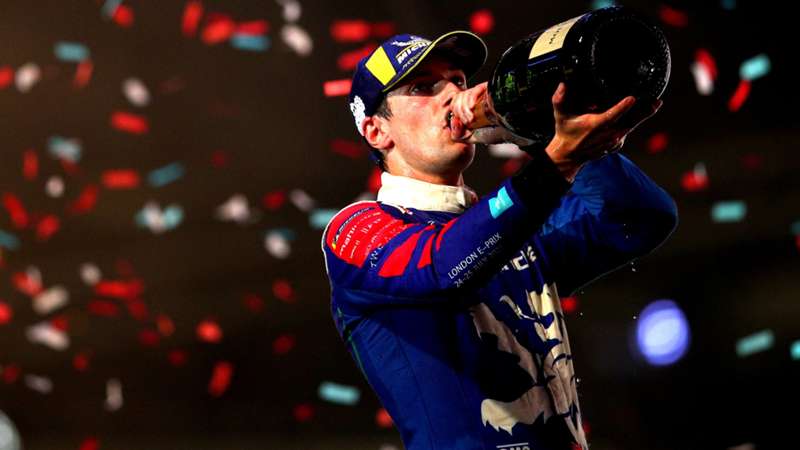 The Brit improved upon his third-place finish a day previous.

Alex Lynn crossed the finish line behind the man who had led for more than half of Sunday's London Formula E race — but he still managed to grab the victory.

The 27-year-old Brit won his first E-Prix race after Brazil's Lucas di Grassi was black-flagged for failing to serve a drive-through penalty, leaving Lynn to claim the checkered flag for the first time in his career.

The final 60 seconds of *THAT* race 🤯⚡️@alexlynnracing crossing the line to win at his home race, and pick up his first-ever Formula E victory 👏

How he got to to the top of the podium won't matter to Lynn, who wins on home soil a day after finishing third in Round 12. In Saturday's double-header opening race, Britain's Jake Dennis was the winner with Nick de Vries of the Netherlands — who also also took second place on Sunday — the runner up.

Just two races remain in the season, with a double-header finale in Berlin in August the final races on the calendar.

How do I stream Formula E on DAZN?

Here is a list of the devices where DAZN is available, including  web browsers on DAZN.com: