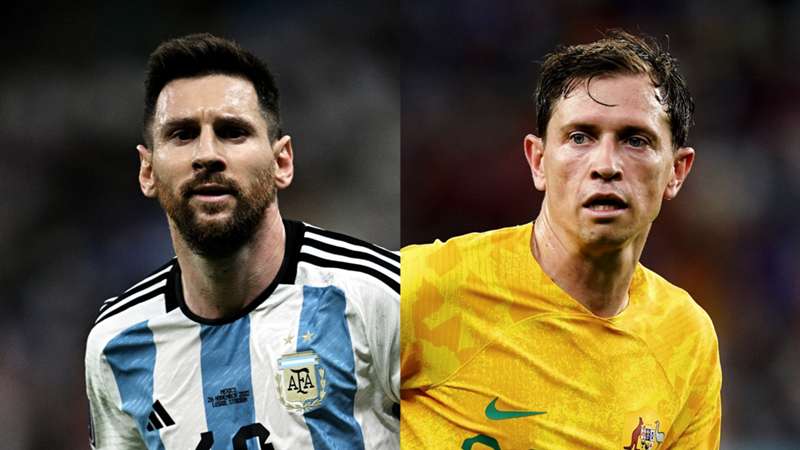 It's a battle between a World Cup favourite and a plucky underdog.

One of these teams was expected to be here. The other was not.

Regardless, it's Argentina vs. Australia in the round of 16 on Saturday as one of the pre-tournament favourites take on a side playing in their first round of 16 match since 2006.

Lionel Messi and the Argentines reached this stage by virtue of topping Group C, although they famously faltered in their opening match by falling 2-1 to Saudi Arabia. In subsequent games, the Albiceleste looked like the team picked by many pundits to seriously challenge for the World Cup trophy, easily besting Mexico and Poland by identical 2-0 score lines.

However, the Saudi Arabia match should give Argentina pause against Australia, who scraped together a pair of 1-0 wins over Tunisia and Denmark after being hammered 4-1 by France in their opener. The Socceroos have no pressure on them to win against one of football's giants, and they'll look to use that freedom to pull off one of the bigger shocks in the history of the tournament.

Here's everything you need to know about Saturday's match.

Argentina vs. Australia: What time is kickoff at Qatar 2022?

Argentina vs. Australia: How to watch on TV or streaming

In Australia, SBS is the linear broadcaster while streaming is available on SBS On Demand.

DIRECTV is the channel to watch in Argentina, with DIRECTV GO providing the streaming.

Argentina vs. Australia: What stadium is hosting the match?

Officially named the Ahmad bin Ali Stadium, the Al-Rayyan Stadium is nicknamed as such due to the city in which it stands.

The 50,000-seat venue is actually the second stadium to be built on the same spot, with its predecessor holding less than half the capacity and standing from 2003-2015.

Home to Al-Rayyan SC and Al Kharaitiyat SC of the Qatar Stars League, the stadium opened in 2020 and has since hosted matches in the 2020 FIFA Club World Cup and the FIFA Arab Cup 2021. More recently, the stadium hosted the two intercontinental play-off matches that determined the final two countries (Australia and Costa Rica) to advance to Qatar 2022.

All kick-off times are listed in Arabia Standard Time.