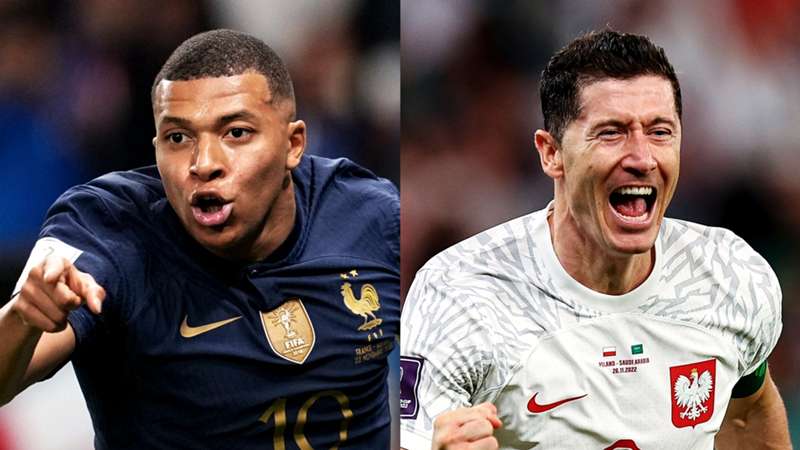 Poland squeaked through the group stage at Qatar 2022 by the slimmest of margins, besting Mexico by goal difference to advance to the round of 16 as Group C's second-best team.

For that, they now get to face defending World Cup champs France.

The French cruised through to the knockouts as the top team in Group D, securing advancement after the first two matches. That allowed France manager Didier Deschamps to utilize a heavily rotated side for Les Bleus' final group-stage match, which ended a 1-0 loss to Tunisia.

While Deschamps drew criticism for that choice, his side will have gained some valuable rest ahead of what they hope will be a long run through the knockouts. As such, France will be physically ready for a Poland side that impressed at certain times and disppointed at others during the group stage.

Here's everything you need to know about Sunday's match.

France vs. Poland: What time is kickoff at Qatar 2022?

France vs. Poland: How to watch on TV or streaming

In France, the match is available on TF1 and beIN Sports 1. Viewers in Poland can watch on TVP1 and TVP Sport.

France vs. Poland: What stadium is hosting the match?

Along with two other venues, the Al Thumama Stadium is the smallest at Qatar 2022 but is visually unique compared to its counterparts.