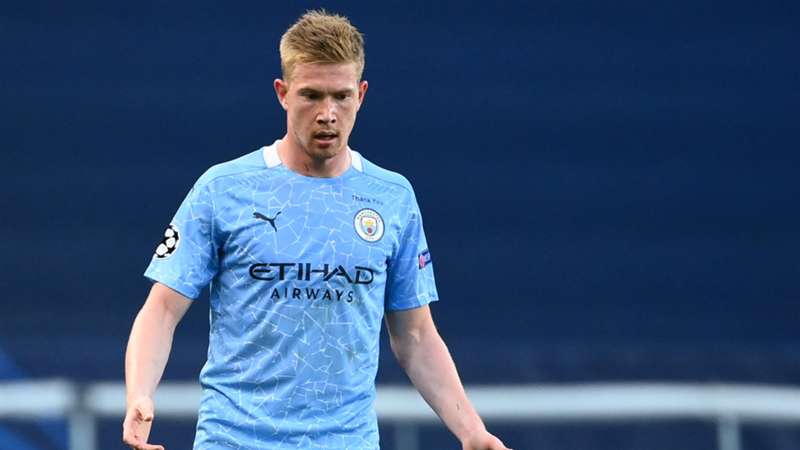 Manchester City playmaker Kevin De Bruyne is out for at least four weeks with an injury suffered against Aston Villa.

Manchester City have been dealt a blow in their race for the Premier League title after Kevin De Bruyne was ruled out with an injury for at least a month.

Manager Pep Guardiola confirmed that the Belgian international could be out for as long as six weeks after picking up an injury in their game against Aston Villa.

The 29-year-old playmaker has a leg muscle injury and could only last an hour of the 2-0 win in the Premier League on Wednesday.

Speaking on Friday, Guardiola said: “Kevin, like the doctor said today after reviewing the scan, will be four to six weeks out. It’s a big blow, but we have to move forward.

“I’m not saying anything that anyone doesn’t know, it is unfortunate for him and for us and we have to find a solution because everyone in their own life is struggling in the situation we are living and we have to adapt.”

While De Bruyne will be absent from first team action for sometime, Kyle Walker is also definitely going to miss the FA Cup tie this weekend against Cheltenham Town after also being withdrawn in the game against Villa.

Guardiola confirmed: “Kyle had a big impact kick in his hips, but it was just a kick. He’s not available tomorrow but maybe for the next game.”

Sergio Aguero will also miss the game after testing positive for coronavirus.