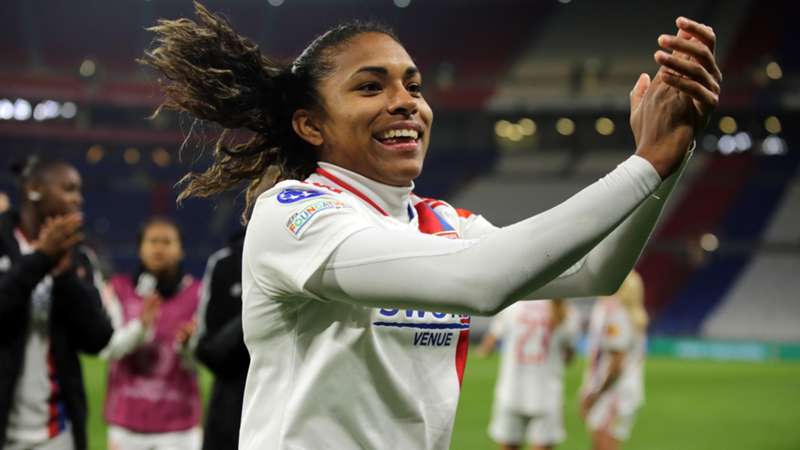 PSG got off to a dream start, with Marie-Antoinette Katoto poking the ball home from close range in the sixth minute to give the visitors an early lead. However, the dream quickly turned into a nightmare for PSG goalkeeper Votíková, whose questionable decision-making led to two Lyon goals before the end of the first half.

In the 23nd minute, Votíková was late to challenge a charging Melvine Malard inside the penalty area, resulting in the Lyon player being taken down by the 'keeper. Wendie Renard, playing in her 100th UWCL match, then made no mistake on the ensuing spot-kick to draw the hosts level.

Ten minutes later, another Votíková error led to a Lyon goal as she hit a goal kick directly at Ada Hegerberg, who quickly slipped the ball to Catarina Macario behind the PSG defence for a simple low shot that slid under the visiting goalkeeper to give the home side the lead.

Things went from bad to worse for the goalkeeper in the second half, as Macario benefitted from another Votíková blunder in the 50th minute. The Lyon attacker did well to dance her way into the penalty area but ran into several PSG defenders, who managed to stop the American before she got a clear shot on goal. The ball continued to roll towards the net and Votíková called off defender Paulina Dudek, but the teammates got their wires crossed and the goalkeeper flubbed her clearance attempt on the goal line, allowing Macario to tap the ball in for the easiest of finishes.

Dudek made up for her part in the blunder by coolly slotting home a penalty kick in the 58th minute, after a VAR check determined that the ball was handled inside the area by a Lyon defender. Unfortunately for the Parisians, Dudek's strike was the final goal of the contest as Lyon held the visitors off for the remainder of the match.

You DO NOT want to miss the second leg of this @UWCL showdown 👉 https://t.co/nJufOwakhK pic.twitter.com/QreW2eJQGv

The teams will reconvene in Paris on April 30 for the second leg.