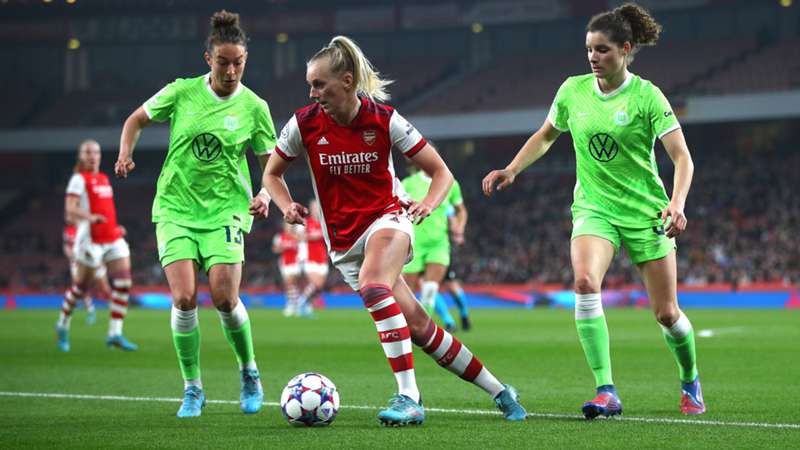 The tie is locked at 1-1 after the first leg.

It's set to be a tense affair when Wolfsburg and Arsenal do battle in the second leg of their UEFA Women's Champions League quarter-final tie.

Arsenal had plenty of chances to score in the first leg, but fell behind to Tabea Wassmuth's header in the first half.

However, the North London team found themselves back on level terms after Lotte Wubben-Moy scored the equaliser in the 89th minute, perfectly setting up the return leg in Germany.

Whoever comes out on top in this tie will face either Real Madrid or defending champion Barcelona.

Here's everything you need to know ahead of Wolfsburg vs. Arsenal.

The match kicks off at 6:45 p.m. local time in Wolfsburg which means it is a 5:45 p.m. kick off for Arsenal fans in London and 12:45 p.m. in New York City and the rest of the East Coast of the United States.

How to watch Wolfsburg vs. Arsenal on DAZN?

Where is Wolfsburg vs. Arsenal?

The match will be staged at the Volkswagen Arena which can hold up to 30,000 fans.