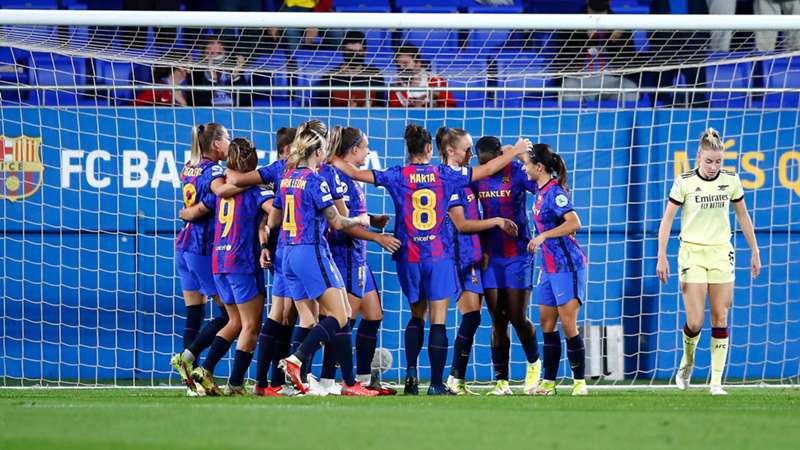 The road to the Champions League final is now in the sights of the eight remaining clubs.

Group C winners Barca and Group B runners-up Real comprise the most eye-catching of the four ties, while Wolfsburg will look to follow up their dramatic elimination of Chelsea on the sixth and final group stage matchday by knocking another London club, Arsenal, out at the last-eight stage.

The Barcelona-Madrid winner will then meet the victor of Arsenal vs. Wolfsburg in the semi-finals, while Bayern Munich vs. Paris Saint-Germain and Juventus vs. Lyon will determine the occupants of the other last-four clash.

This means that all eight remaining teams will know what is required if they are to be one half of this season's final, set to take place in May 2022. The quarter-finals will occur in March and the semis in April.

THE DRAW FOR THE @UWCL QUARTER-FINALS IS HERE 🥳 pic.twitter.com/OITmmRrclX

All of this season's UEFA Women's Champions League games can be watched live and free on DAZN's official UWCL YouTube channel.

Semi-final draw (teams to be confirmed by QF results)