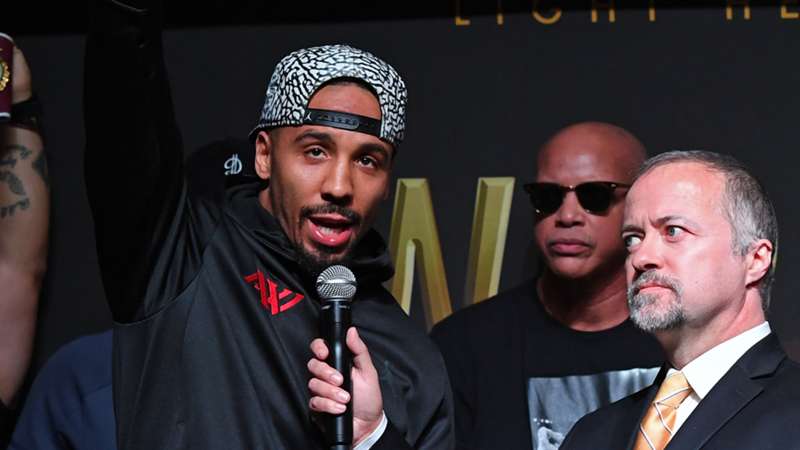 Andre Ward is providing Caleb Plant with extra advice ahead of his big fight with Canelo Alvarez.

Andre Ward insists that he has no rivalry with Canelo Alvarez. The Oakland fighter, who retired from boxing after defeating Sergey Kovalev for a second time in 2017, has been assisting Caleb Plant ahead of his fight with the Mexican superstar on November 6th. It’s a move that has led to obvious speculation.

Leaving the sport as it’s best fighter following victory over the Russian monster, Ward’s place at the top was taken by Canelo following wins over Gennadiy Golovkin and later, Kovalev. With Canelo operating in weight classes where Ward sampled success, does any animosity exist between the pair? Ward doesn’t think so.

“I don’t have no history with that guy,” said Ward when speaking to FightHype. “The Internet, since I’ve retired, they’ve come up with this rivalry that’s not real. This man [Canelo] has never said my name pertaining to a fight when I was active or when I was retired.

“I’ve never said his name. This all came is because I’m retired, and he fought a common opponent [Kovalev]. Even after that fight, he never said my name, and I don’t think he will ever say my name like that in terms of wanting to fight.”

Ward added, “I don’t have any history with Canelo. There’s nothing there to preserve or be worried about. He’s just another fighter on the other side of the ring from somebody I consider a friend. So, really there’s nothing there.”