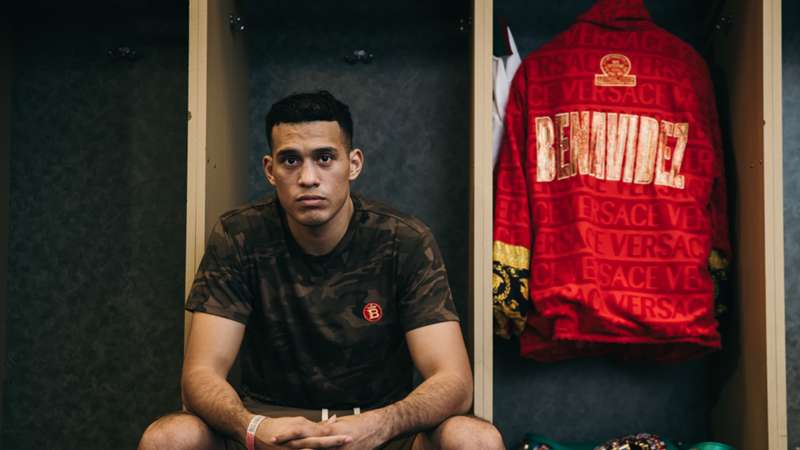 David Benavidez shines in his 2021 debut.

After easily making weight Friday, Benavidez put on a show Saturday night by beating Ellis via 11th-round TKO from the Mohegan Sun Arena in Uncasville, Conn. Benavidez was ahead on the judges' cards with scores of 98-92, 98-92, and 99-91 at the time of the stoppage.

A relentless @Benavidez300 stops Ronald Ellis in round 11 to stay unbeaten and one step closer to a title bout. #BenavidezEllis pic.twitter.com/VYyWmtSXa5

Benavidez is notoriously a slow starter, and Ellis tried to take advantage of that during the opening round by pushing the pace with combinations. From the first round on, though, the fight belonged to Benavidez.

He began the second round with a hard left hook, immediately followed by a stinging body shot. Then, the 24-year-old started zipping the jab through Ellis' guard and that allowed him to connect on heavy power shots. Any time Ellis would appear to be clawing his way back into the fight, Benavidez would dash those hopes with one power shot after another.

After Ellis had a good fifth round, Benavidez broke his will in the sixth by continually slicing through Ellis' guard with powerful right uppercuts and hard left hooks to the body. Benavidez continued the assault to the point where the fight almost was stopped by Ellis' corner after the eighth round. While Ellis showed more spirit in the ninth round, Benavidez still was the aggressor with a blistering jab that kept sending him back to the ropes.

Knowing it was just a matter of time before he sent Ellis packing, Benavidez poured it on in the 11th round. Benavidez kept uncorking heavy shots, and the fight was stopped.

Benavidez plans on coming back in either August or September. He had choice words for Charlo, Plant, and Alvarez.