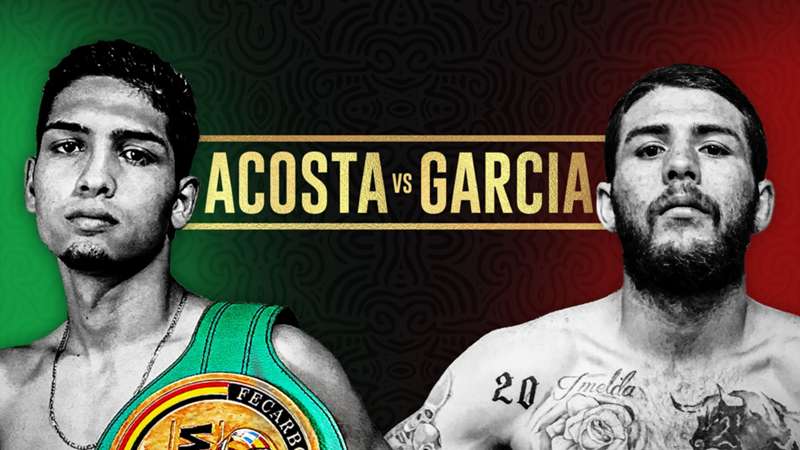 Check for Canelo vs. Bivol on DAZN in your country

Bryan Acosta was victorious in an all-Mexican affair in Toronto.

This was Acosta's third 10-round fight since turning pro and the 23-year-old looked at ease.

Acosta dropped Garcia in the opening round with a left hook and despite managing to hold on for the rest of round one, Garcia became the victim of constant punishment at the hands of Acosta.

Garcia was rocked in the third following a right uppercut, and then in round six with an overhand right from Acosta.

It took until round eight for Garcia to show any signs of life when exchanging punches with Acosta, but it was too little, too late for the 22-year-old.

In the 10th and final round, Acosta hurt his opponent in the opening seconds and unleashed a flurry of punches. As the round reached the halfway stage, Acosta forced a defenseless Garcia onto the ropes which lead to referee Mark Simmons to step in and stop the fight.

Following this win, Acosta now moves to 17-0 and will look to push on in the super featherweight division.