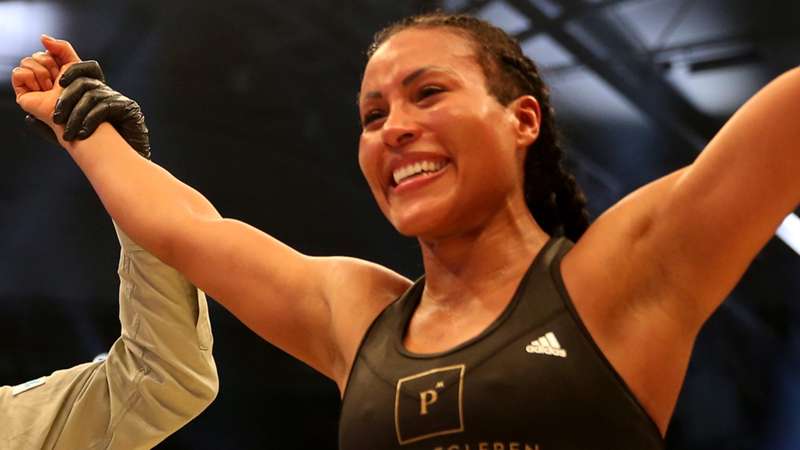 Cecilia Brækhus has heard Claressa Shields' claims of being the GWOAT, but the undisputed women's welterweight champion says that can't happen while she is still boxing.

For the first time in a long time, there are several women jockeying for position as the best female boxer in the world: Amanda Serrano, Katie Taylor, Cecilia Brækhus and the self-proclaimed GWOAT (Greatest Woman Of All Time) Claressa Shields.

August 15 is the start a mini-tournament that will attempt to answer the question of who the greatest women’s boxer in the world is when Brækhus defends her undisputed welterweight title against unified super lightweight champion Jessica McCaskill. The victor is scheduled to face the winner of the following week’s rematch between Katie Taylor and Delfine Persoon.

At the very least, the conclusion of the tournament will help bring some clarity to an increasingly intriguing and crowded picture at the top of women’s boxing.

But one name missing is Shields, who has routinely proclaimed herself as the top pound for pound female fighter on the planet. Along the way, she’s also engaged in a war of words with Brækhus, and it’s possible the two could cross paths at some point should they continue their winning ways.

“Nothing is impossible in boxing,” Brækhus tells DAZN about facing Shields before she retires. “But right now my focus is on this mini-tournament.”

But it’s clear that the 38-year-old has paid attention to the rise of Shields over the years. If she didn’t before, she certainly had to when there was trash talk between the two after Brækhus was seen hanging out with Shields’ bitter rival Laila Ali. Despite the back and forth on social media, Braekhus thinks that she’s good for the sport.

“Oh, she’s great,” she says. “Her road here is a little bit different with the trash-talking but that’s working for her. This is what male fighters have done forever. I’m not taking any of this personally. But I will answer her when she comes after me on a professional level

“She’s a great boxer and there are no hard feelings.”

As Brækhus prepares to break Joe Louis’ record of 25 consecutive title defenses, she kindly scoffs at Shields’ claims to be the greatest.

“Well, I don't agree with her to be the greatest woman boxer, because I have been in this sport so long,” she says. “Especially with names like Lucia Riker, Laila Ali, Regina Halmich in the history books. And you still have myself, Katie Tayler and Amanda Serrano.

“Let’s just say that she has the possibility to be one of the greatest but right now she is not.”