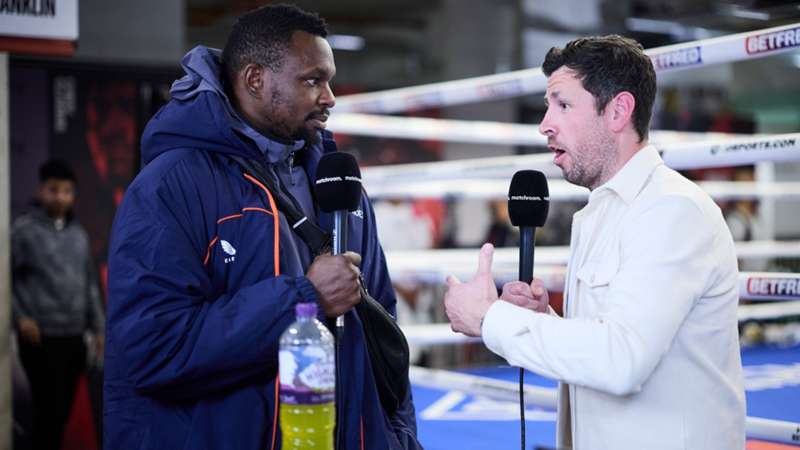 In his latest column for DAZN, Darren Barker looks ahead to Saturday’s heavyweight clash between Dillian Whyte and Jermaine Franklin, and whether Whyte still has the desire to become a world champion.

Saturday night sees Dillian Whyte return for the first time since his loss to Tyson Fury earlier this year when he takes on Jermaine Franklin live on DAZN.

For Whyte, this is a good comeback opponent. Franklin comes into the contest with a good pedigree, he is a national Golden Gloves champion despite only having 35 amateur fights. Some might say Franklin is untested going into this fight, but from what I’ve seen he is a good fighter.

The only question I have about Franklin’s ability is whether he can hurt Whyte. If you are wanting to be a main contender in boxing’s marquee division, you need to possess significant power and that is unknown when it comes to Franklin’s in-ring ability.

Whyte meanwhile will be focused on getting back to winning ways. Eddie Hearn has already alluded that the winner at the OVO Arena Wembley will be in line for a fight with Anthony Joshua early next year and the pot of gold doesn’t get much bigger. I wouldn’t expect either man to be already looking past each other, but the rewards are huge for both.

This fight will also see Whyte try out something new in the form of new trainer Buddy McGirt. When it comes to what impact the 58-year-old will have on ‘The Bodysnatcher’, I don’t foresee any drastic changes, instead McGirt will be looking to make small improvements.

One area of concern for Whyte is his defence. The uppercut often seems to be his kryptonite and this is due to the size of his upper body. This makes it very difficult to close your guard and as the rounds go on, Whyte can sometimes get lazy resulting in openings for his opponents to exploit.

McGirt has previously said that he is impressed with his man’s non-punching activity whether it be the faints or the way he can draw mistakes out of his opponents, but in order to make Whyte a better fighter, he will need to tighten up the defence in order to minimise any openings.

The ideal performance from Whyte on Saturday night would be a combination of getting rounds under his belt and producing an impressive finish to the fight. A 12 round snoozefest will not be the best preparation in the build-up to a potential Anthony Joshua, but while winning is the most important thing to any fighter, it’s also about looking good.

One of the questions that keeps getting asked about Whyte ahead of this fight is whether he can challenge and become a world champion, and I think he can. He is a talented operator, but most importantly the hunger and desire is still there which is so important.

With all that Whyte has achieved, it would be quite easy for him to hang up the gloves, but he’s not content. His ambition is still the same as it was from when he turned professional and that is to be the heavyweight champion of the world.

When I spoke to him at Wednesday’s media workout, I asked him whether that desire to become a world champion is still there, and he said yes straight away.

I have no doubt that a win or two will put Whyte straight back in contention for a world title shot and maybe he can finally capture the prize which he has craved for so long.