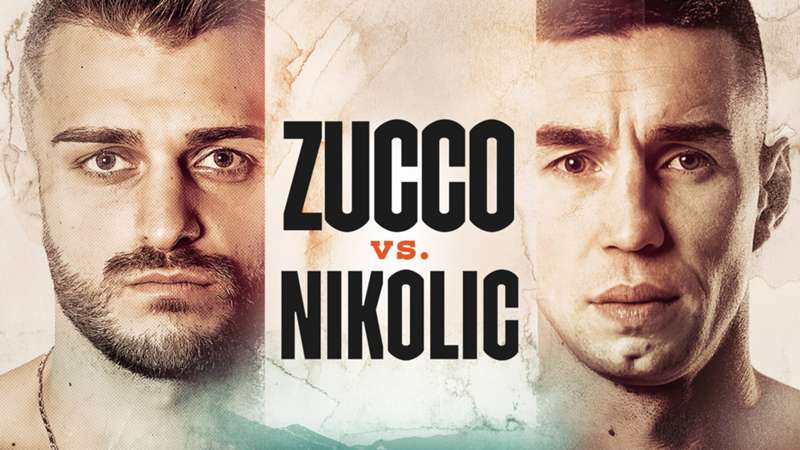 Ivan Zucco was looking to extend his knockout streak to six on Friday. The surging Italian did just, stopping Marko Nikolic in the second round from the Palazzo Dello Sport in Verbania, Italy, which was seen worldwide on DAZN.

After winning the first round handly, Zucco didn't waste any more time in the second. He came right at Nikolic with a straight left hand which sent Nikoic staggering back nearly to the ropes. That signaled the beginning of the end for Nikolic as Zucco smelled blood in the water. He unleashed a four-punch combination to the body. Nikolic tried to clinch but to no avail, as Zucco landed a short right hook then stepped back the slightest bit and unleashed a right hook square on the chin to send Nikolic down to the canvas.

Nikolic made it up to his feet. But when he did, his trainer jumped onto the ring apron to throw in the towel. The referee beat the head charge and decided that Nikolic could no longer continue, and Zucco remained undefeated (16-0, 14 KOs).

Ivan Zucco finishes Nikolic in the 2nd round 👀 pic.twitter.com/BHfppFNBsr