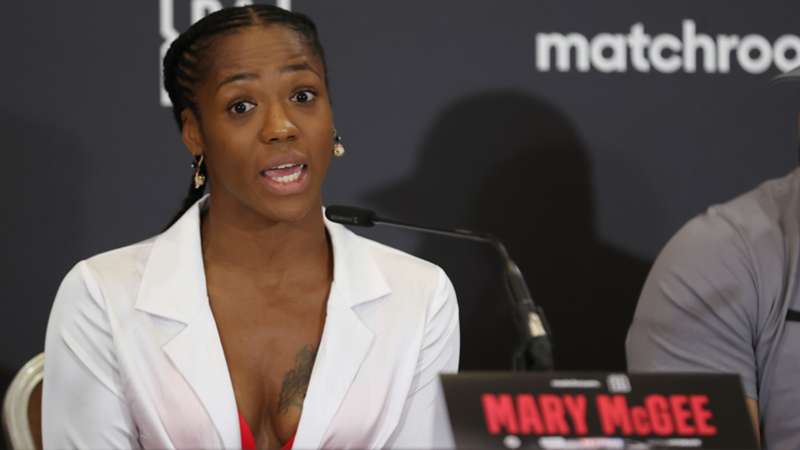 This contest is the first of two semi-finals in Matchroom's Road to Undisputed tournament where the winner will be crowned the undisputed champion at 140lbs.

Speaking before the fight, McGee believes her determination will prove too much for Cameron when the pair step into the ring.

"My relentlessness, my heart and my determination to not give up overwhelms certain opponents," McGee said.

"I guess they feel the power, but I’ve never thought in my mind that I’m that powerful. So for me, I feel as if she is going to run from me."

"I’m not Adriana Araujo. She came five pounds overweight. She was drained and she couldn’t pursue Chantelle," McGee claimed.

"The last girl that she fought Melissa Hernandez shouldn’t even be fighting at 140lbs – she’s a great fighter but at 140lbs what can you do against someone who’s much bigger and stronger than you?"

When discussing her contest with Cameron, a win is the only option for the American.

"If they think I’m going to just open up and let her hit me then they’ve got another thing coming. Nobody is stopping me. I’ve never been stopped in 31 fights and I’m not going to start now."

Watch The Road to Undisputed tournament launch press conference below.