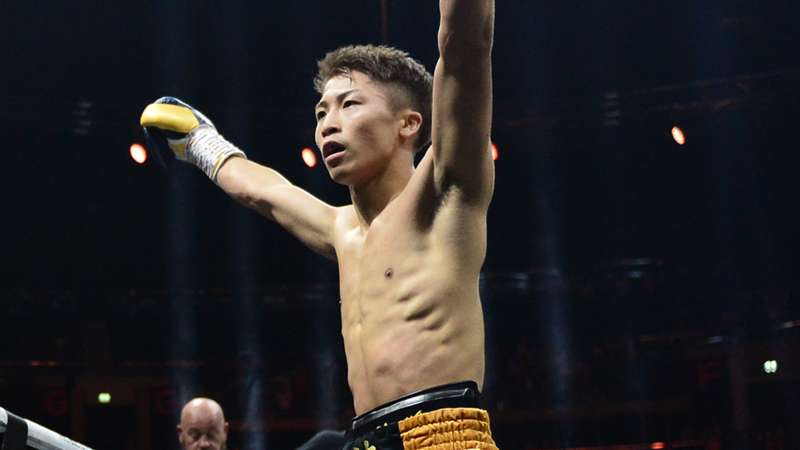 "The Monster" makes a successful return to the United States in spectacular fashion.

Could "The Monster" come back to the United States and make a lasting impression on Halloween night?

Naoya Inoue returned to America for the first time in over three years and used his devastating power to drop Jason Moloney twice, including a powerful, picture-perfect right hand with one second remaining in the seventh round to retain the IBF and WBA bantamweight titles at the MGM Grand Conference Room in Las Vegas.

Inoue came right out and let Moloney know it wasn't going to be his night with laser jabs to keep the Aussie at a distance and not let him get inside. That strategy allowed Inoue to gather intel on the Australian. He started using his ferocious power in the third round, continuously connecting with right uppercuts and left and right hooks.

Moloney had some luck in the fourth round. He used his lateral movement that allowed him to connect with hooks, but he just didn't have the power to back up Inoue and make him think twice about standing in the pocket.

Finally, in the fifth round, the power of Inoue began to take its toll on Moloney. A right cross in the fifth rattled Moloney, but he was able to gather his bearings. In the sixth, Moloney threw a left jab, and Inoue sent him to the canvas with a check left hook for the first knockdown of the fight.

Inoue appeared to be taking the seventh round off to ensure he had the stamina to make into the late rounds. All that proved to be was false hope. With a minute remaining, Inoue put the foot on the pedal and became more aggressive. Moloney threw a double jab that barely grazed Inoue, who slid every so slightly, turned his hip, and threw a vicious straight right hand to bend Moloney over backward. He tried his hardest to get back to his feet but couldn't make referee Kenny Bayless' count of ten.

The victory ran Inoue's record to 20-0, with 17 of those wins coming by way of knockout.

In the co-main event, Mikaela Mayer dominated throughout to beat Ewa Brodnicka via unanimous decision (100-88, 100-88, 99-89) to capture the WBO women's junior lightweight title and garner the first belt of her career.

Brodnicka came in overweight to be stripped of her belt, and Mayer made her pay for her mistake. Mayer was the more active fighter, and her power proved to be too much for Brodnicka, who was competing in the U.S. for the first time.