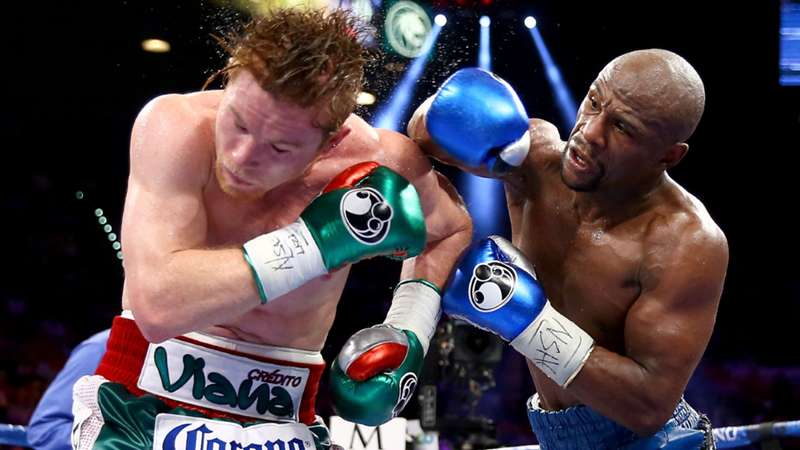 Check your region for Canelo vs. GGG 3 on DAZN

Tony Bellew goes back to 2013 for his latest DAZN column.

Canelo Alvarez gets back in the ring for the first time since losing to Dmitry Bivol in May, and it’s only the second time in his special career that he’s going back to work following a defeat. The first time was almost a decade ago when he was taught a very harsh lesson by Floyd Mayweather, and that’s a fight I always think about when I consider Canelo’s incredible achievements.

When Canelo faces Gennadiy Golovkin for a third time on Saturday night, he’ll do so with one of the best records of the modern era, and his improvements since the Mayweather fight are something else. You always see people comparing this version of Canelo to the one nine years ago, but I still think Floyd at his peak is still likely to be a step ahead of Canelo.

For Canelo to take that fight at such a young age shows you just how hungry and competitive he was, and still is, because the desire to be the best means everything to him. There were probably some thoughts in his mind that his youth and freshness would be to his advantage, but he was in with Floyd a few years past his best and he found out what was required to be the best.

With a few more wins on his ledger and more experience in the tank, would Canelo fare any better against that version of Mayweather? I’m not so sure. He’d likely start quicker and be more aggressive, perhaps even take more chances, but to beat Floyd over 12 rounds is an almost impossible task and that’s why no one could manage it. Most didn’t come close and that includes Canelo.

What Canelo did do is take the humbling on the chin and return a much better fighter. In the two years after the Mayweather fight, Canelo scored wins over Erislandy Lara and Miguel Cotto, and he was quickly on his way to becoming the face of boxing following Mayweather’s serious retirement in 2015. It could've easily have gone horribly wrong.

I’ve seen many a fighter suffer one defeat and that’s it. They feel sorry for themselves and refuse to put right what needs correcting. I’ve been there in my career and although losing is the worst feeling going for a fighter, you must look at yourself, make whatever changes that are necessary, and push forward. Don’t lose focus of the destination. Canelo is the epitome of that attitude.

In the biggest fight of 2013 by quite a distance, Canelo was taken to school by Mayweather in front of a massive audience on what he thought would be his grand arrival. That kind of defeat would ruin many boxers, but not Canelo. He may not have what it takes to beat a legendary figure like Mayweather, but what he does have has made him the fighter he is today.

On Saturday night, against Golovkin, Canelo will once again have the eyes of the world on him as he looks to add another great win to the long list of accomplishments he already possesses. That might not have seemed possible in the immediate aftermath of his loss to Mayweather, but as he proved then, and he’ll likely prove after going down against Bivol, this is a man who won’t be defined by losses.