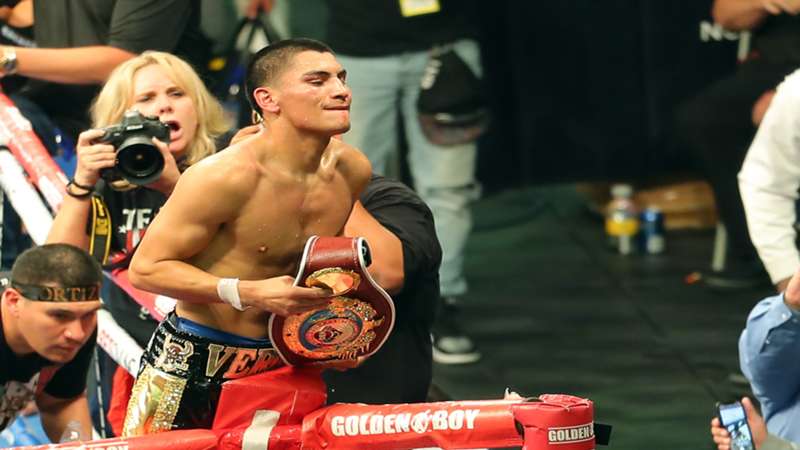 Vergil Ortiz Jr. is a significant favorite as he takes another step up in competition.

On Saturday, Vergil Ortiz Jr. makes his 2022 debut as he takes on the undefeated Michael McKinson from Dickies Arena in Fort Worth, Texas. The event can be seen worldwide, live, and exclusively on DAZN.

As always, plenty of bets can be made with a big-time boxing card. Let's take a look at some of them.

Ortiz and McKinson were scheduled to face off in March, but during fight week Ortiz had to bow out after being diagnosed with rhabdomyolysis. McKinson (22-0, 2 KOs) remained on the show and defeated Alex Martin via unanimous decision. The Brit is excited to get the opportunity that appeared to slip through his fingers.

“I’m getting what I deserve,” McKinson said in a press release. “I was prepared to fight Ortiz, Jr. before; now, I have been given the opportunity again to prove I am the best in this division.”

Ortiz was last seen in the ring in an eighth-round TKO victory against former welterweight title challenger Egidijus “Mean Machine” Kavaliauskas in August 2021, which saw the 24-year-old's will tested for the first time. However, he's healthy and ready to show the boxing world he's ready to compete for his first world title.

On paper, this looks to be a cakewalk for Ortiz. While undefeated in 22 fights, McKinson hasn't faced close to Ortiz's competition. In his last three fights, Ortiz's beaten and stopped Samuel Vargas, former world champion Maurice Hooker and Kavaliauskas.

McKinson is a pure boxer, which is evident by the fact he only has two knockouts. On the other side, Ortiz is a power puncher but has developed his overall skills in his last three fights. Still, the 24-year-old has finished all 18 opponents.

It's logical to say Ortiz continues his streak, but McKinson is going to test his patience. We are going to learn how much Ortiz has evolved since his last fight in August 2021. McKinson isn't going to jump in there, make a mistake and try to make it a fire fight. He's going to stick to what he knows. The 28-year-old isn't a power puncher and he knows that. Why jump into the fire if you don't have to?

Ortiz has to stay patient. Yes, McKinson doesn't have the power to put him away, but Ortiz pulled out of his last fight and making 147 pounds is getting tougher for him. If he struggles with his weight cut, he could be drained enough that McKinson's shots could take a toll on him as the fight goes on.

Unless you have an obscene amount of money or are bored, putting any currency on Ortiz to win is a bad play. Ortiz by decision (+300) is the best play here. McKinson's style will make it hard for Ortiz to get the stoppage, and going the distance isn't the worst thing in the world for him because as he continues to take a step up in opposition, the likelihood of a knockout decreases. Getting your body adjusted to those championship rounds is an excellent opportunity for Ortiz to show he's more than a one-trick pony going forward.

Ortiz by KO/TKO/Technical decision or DQ: -275

McKinson by KO/TKO/Technical decision or DQ: +2000