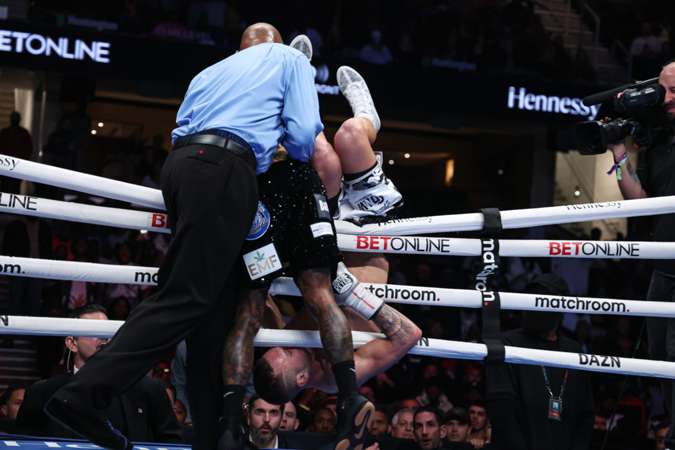 Montana Love lost his temper and threw Stevie Spark over the ropes and lost in his hometown.

Montana Love had to just win on Saturday night to get into the conversation for a world title, but on a strange evening in his native Cleveland, he lost his undefeated record with a disqualification for throwing his rival the Australian Steve Spark out of the ring during the sixth round.

The local fighter came confident. He had gained at least 10 pounds in rehydration and he displayed his potential. All he had to do was watch out for his opponent's knockout punches.

In the first two rounds, Montana decided to talk to Spark - trying to mess with his head - but Spark delivered what he promised and as soon as he could, with a couple of powerful shots to the head, sent Montana to the canvas. Although Love managed to get up and continue with the fight, the first warning was delivered.

Montana learned the lesson and began to close his rival. He tried to outbox him and kept in a middle distance for a while, but Spark adjusted to continue with his work.

In the sixth round, a clash of heads resulted in a cut over Love´s left eyelid which had to be looked at by the ringside doctor. The threat that he could stop the fight a minute later, depending on the severity of the injury, was the gasoline Montana needed to go out and pressure the fight that he was losing on the scorecards.

But there was a problem, he knew he needed to end the fight before the injury worsened so he attacked his rival and, in a heated exchange, picked him up and threw him over the ropes.

Immediately the chaos began, Spark called for a disqualification and as the judges and referees were deciding the outcome, the Australian began to celebrate.

In the end, David Diamante announced the result, Love was disqualified and lost his undefeated status just when he was closest to a world title.

When both were asked if they wanted a rematch, Love readily agreed, but Spark said he would only agree if that makes sense.

All updates from Cleveland can be found below:

Montana Love has been DQ for his actions.
Time: 25 seconds of the 6 round

"My job as a fighter is come and fight. This fight change my live. The fight was not what I expected. I am devastated. I wanted to give him a great show", said Spark.

"For a moment I couldn't see, I didn't know how bad the cut was. The whole plan was to let him wear down and grab him in the later rounds. I definitely want to fight him again," Montana Love 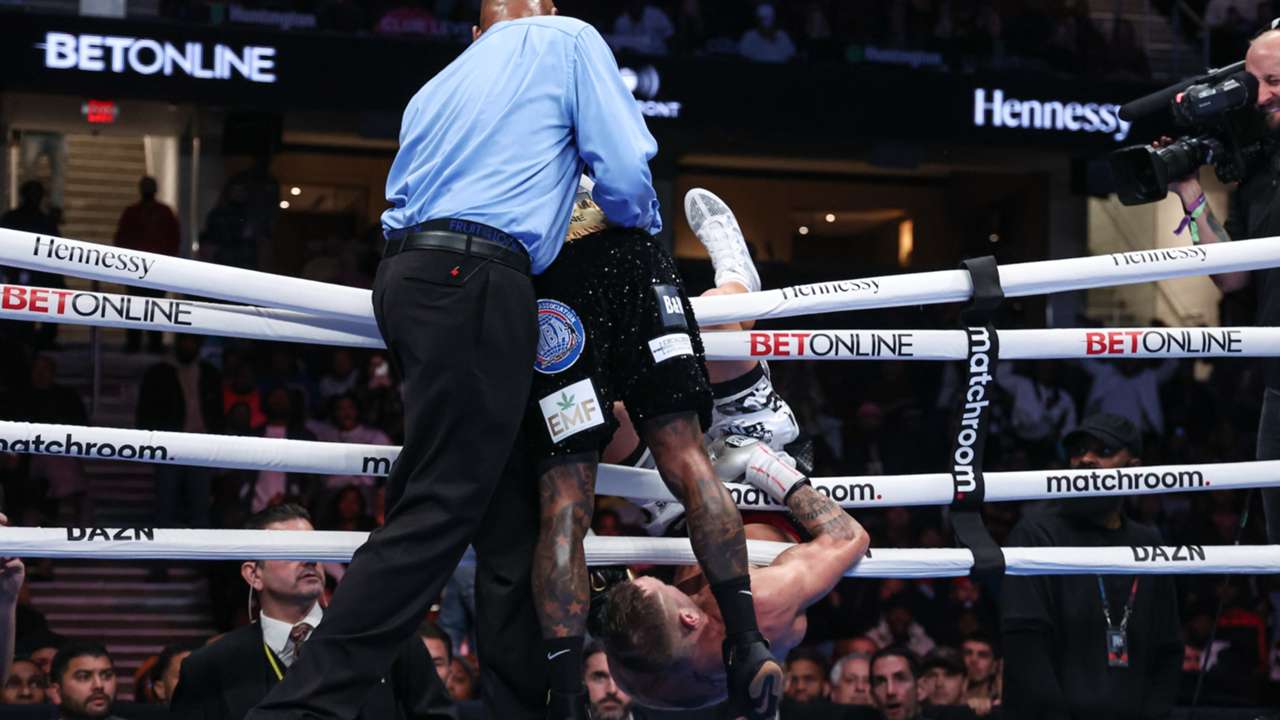 Accidental headbutt at the beginning of the round. Montana has a little cut over the left eye. The doctor visits Montana and he´s going to watch for another minute. Montana got crazy. They want to go toe to toe, but instead threw Spark out of the ring. Montana picked him up and throwed him over the ropes. Completely lost control.
Spark ask for the DQ

Spark is absorbing the punches, trying to be toe to toe, the Australian managed to make it and put Montana into the ropes.
Montana wants to return to round 4 work, but with a straight left Spark puts pressure. Spark is regaining ground.

Love has to be very intelligent, Spark has TNT in his hands. Montana clinches to manage the rhythm, he lands powerfull rights hands to the face.
Sparks wants to approach, but finds Montana´s jab, and broke the impulse.

Love doesn't want to go inside, he preferred to control the center of the ring. Keeping his distance, save distance.
Montana tries to use a very fast hook, but Spark knows how to absorb the punishment.

Love is boxing and speaking to Spark. Trying to mess with his head. But Spark is not playing... Love to the canvas, two rights to the chin.
Spark has punching power and he has preassured him. Montana began to adjust, middle distance to keep it save.
The round ended, Spark returned smiling to his corner.

facebook twitter whatsapp
They began to study each other. Love is taking advantage there, he gained 10 pounds in the rehydration. Jabs and feints, but kept calm.

Montana Love with a great entrance in his hometown

facebook twitter whatsapp
Montana Love enjoys his way to the ring... he is undefeated (18-0-1, 9 KOs) and knocking at the door for a world title fight. He needs to win this night to keep the dream alive.

Steve Spark walks in to the ring

facebook twitter whatsapp
The Australian Steve Spark arrives with a record of 15-2 and 14 KOs. Is his first fight in America. He is willing to make an statement.

facebook twitter whatsapp
Montana Love vs. Steve Spark is about to start. But first, the ceremony of the anthems.

In the co-feature,  Richardson Hitchins was too much for Yomar Alamo. The referee decided to stop the actions before round 9 began. Alamo got problems adjusting the strategy and Hitchins took advantage of it.

Hitchins is the new IBF North American Super lightweight champion and improved his record to 15-0 and he called out for Montana Love. 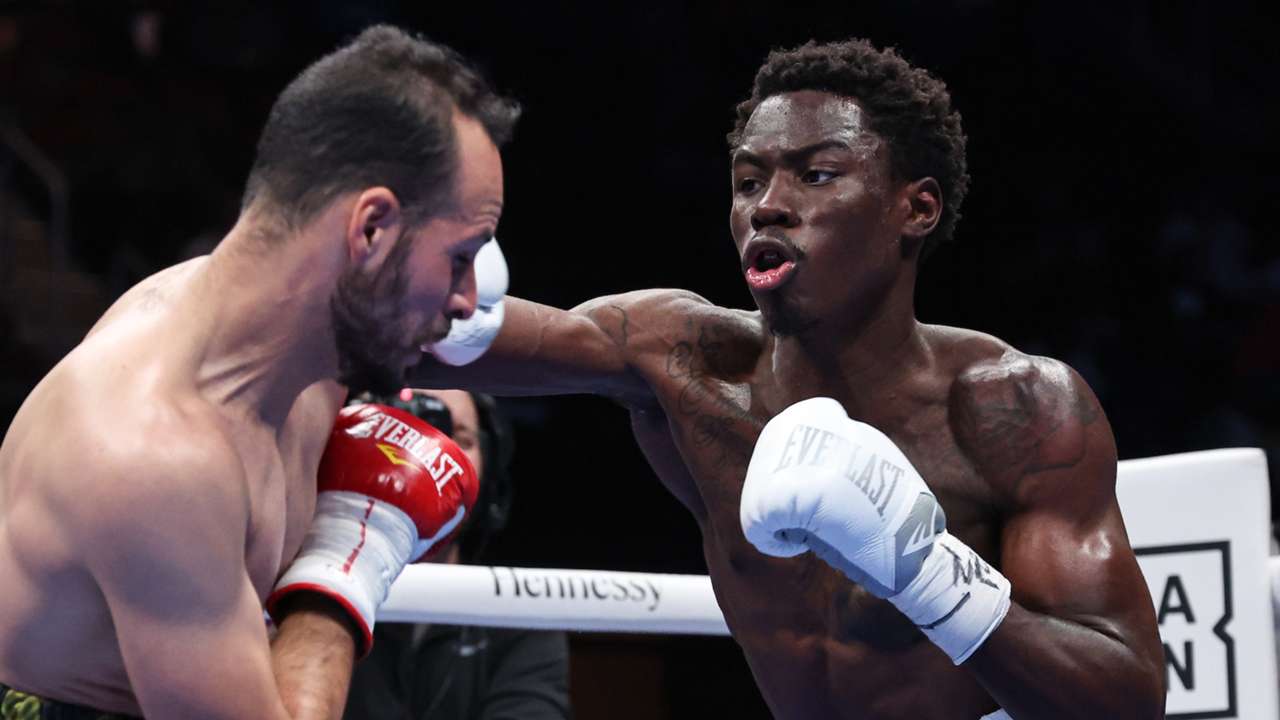 facebook twitter whatsapp
For the WBA Continental Americas featherweight, the undefeated Raymond Ford used his fast hands to overpower the experienced Sakaria Lukas and conquered his 13th victory as a pro. The victory became with a huge left hook in the 8 round. Official stopage 2:20 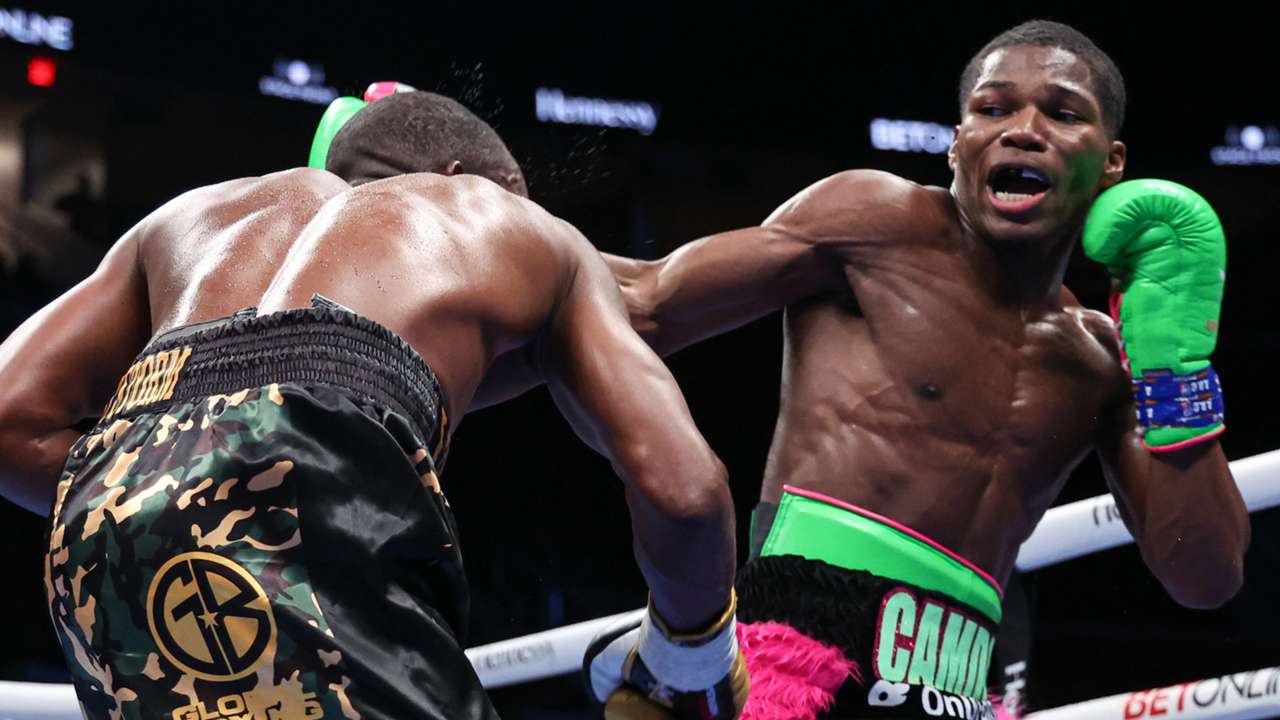 In a 10-round fight for the WBC Continental Americas super featherweight title, Thomas Mattice took the upset by winning by points (97-92, 96-93 and 96-93) over Christian Tapia.

Tapia loss the zero in his record. 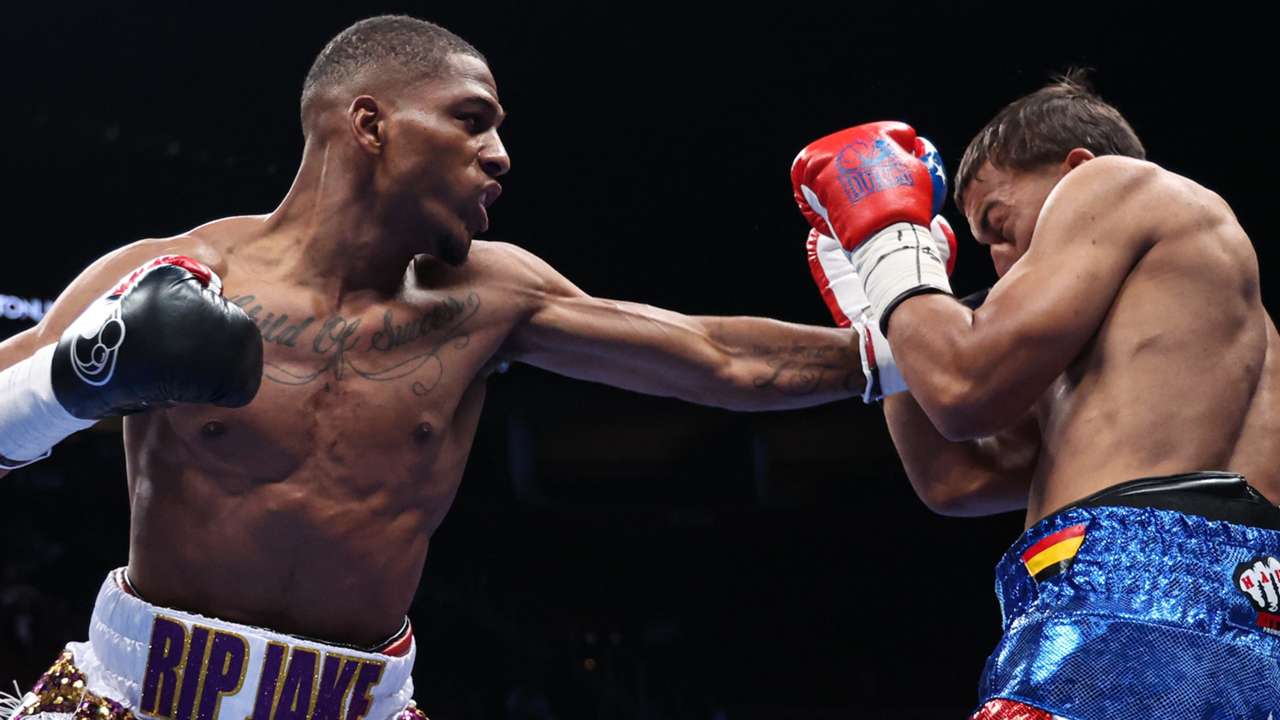 In a fight scheduled for four rounds of three minutes each (for the first time in Ohio), Brazil's Beatriz Ferreira took the fight against Taynna Cardoso.

Ferreira is one of her country's most decorated amateurs. 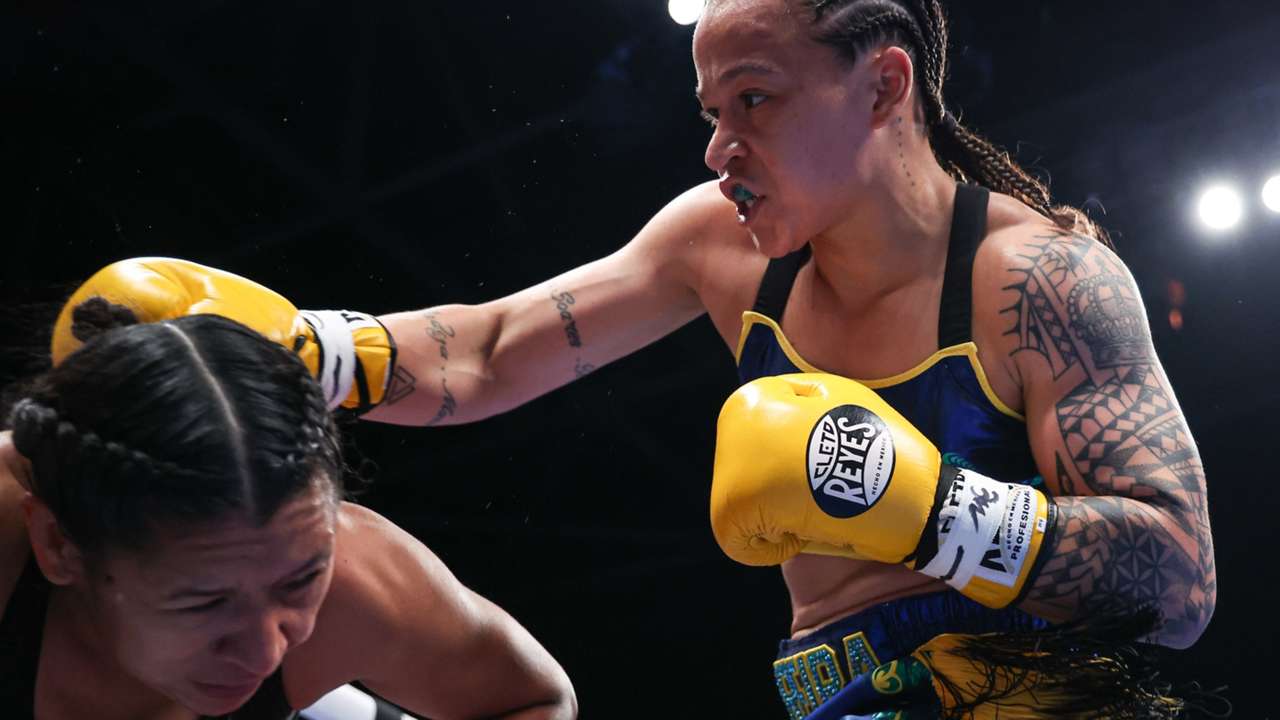 facebook twitter whatsapp
Nikoloz Sekhniashvili knocked out "Prince" Rodriguez in three rounds to take away his unbeaten record. The referee stopped the fight because of eye inflammation. 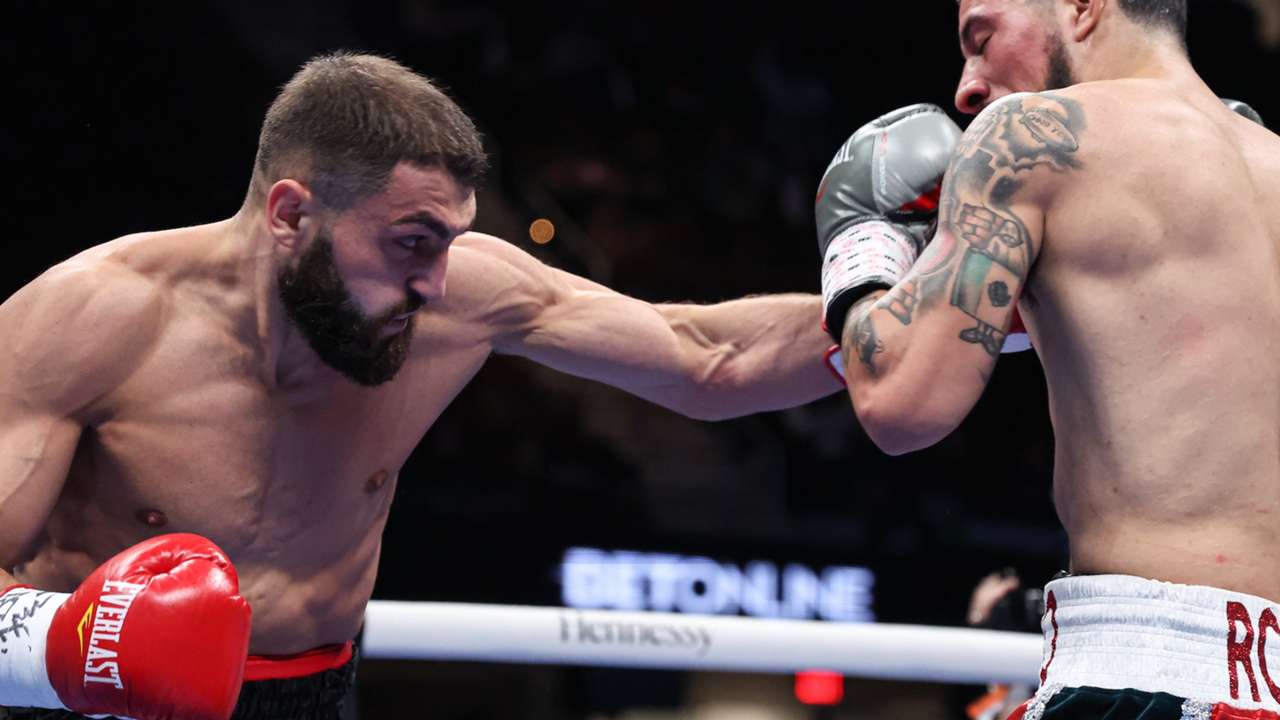