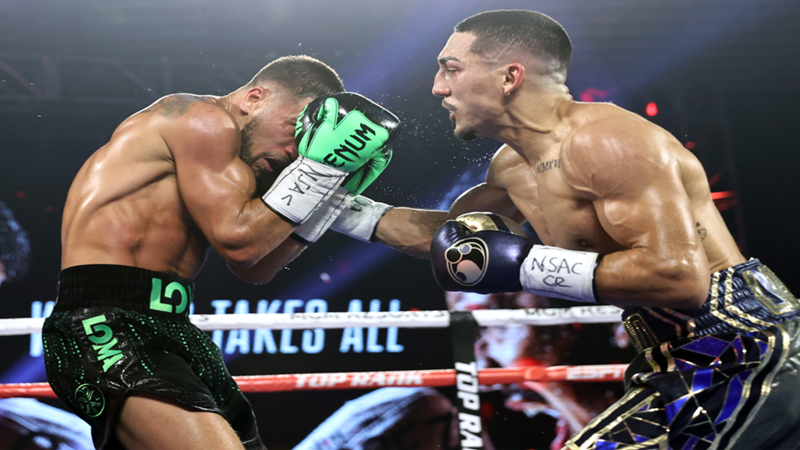 How it got so personal so fast and why the ingredients are in place for an epic rematch.

As long as Lopez defends his unified lightweight titles against George Kambosos Jr. later this summer — something he'll be a heavy favorite to do — the buildup to Lopez vs. Lomachenko 2 on pay-per-view should be massive. And if their first go at it back in October — when Lopez scored a unanimous decision — was any indication, this promotion will likely be contentious between the two.

But how did bad blood get embedded into the feud in the first place? And why is it so personal between the champion and former champ? Well, DAZN News lays it all out with this brief timeline of beef between Teofimo Lopez and Vasiliy Lomachenko.

.@teofimolopez talks about @vasyllomachenko on Max on Boxing. Catch the next episode this Friday at 5 pm ET on ESPN 2. pic.twitter.com/vEEs6T5c4h