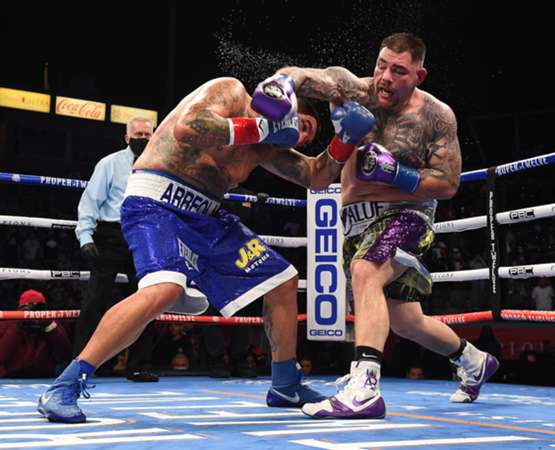 Arreola was unable to press home his advantage after an early knockdown.

Chris Arreola admitted that his caution had cost him against Andy Ruiz Jr. at the weekend, but claimed he did so to avoid a knockout defeat.

Ruiz had slimmed down noticeably since that bout, and there was some suggestion from promoter Eddie Hearn that his weight loss might have left him vulnerable. Arreola dropped his opponent but was not able to press home the advantage.

Arreola said that decision was in order to avoid being put down himself, referencing the powerful display Ruiz showed in his first fight — and win — over Joshua.

“I absolutely hurt him, but you know, Andy’s a very dangerous fighter,” Arreola explained after the fight, reported BoxingScene.com.

“We seen that against AJ. And I didn’t wanna get caught with a sucker punch. And I wanted to make sure that I measured him and I caught him right. You know, that right hand hit him flush in the chin and it put him down.

“He didn’t put me down and, honestly, you could probably watch the fight again — he probably hit me one or two good times. I hit him countless amount of times with the right hand and the jab was snapping his head back. Like he may have speed, he may have power, but he didn’t hurt me. He didn’t f— hurt me.”

“This is boxing,” Arreola continued. “This is a dangerous sport, and I did what I had to do. I was cautious and I was trying to catch him again, obviously, but again, everything behind the jab and everything behind the counter. I wasn’t gonna just go in there and be an AJ and throw f— caution to the wind. You know, he was always a dangerous fighter. We’re Mexican fighters. We get up and we get up to fight.”