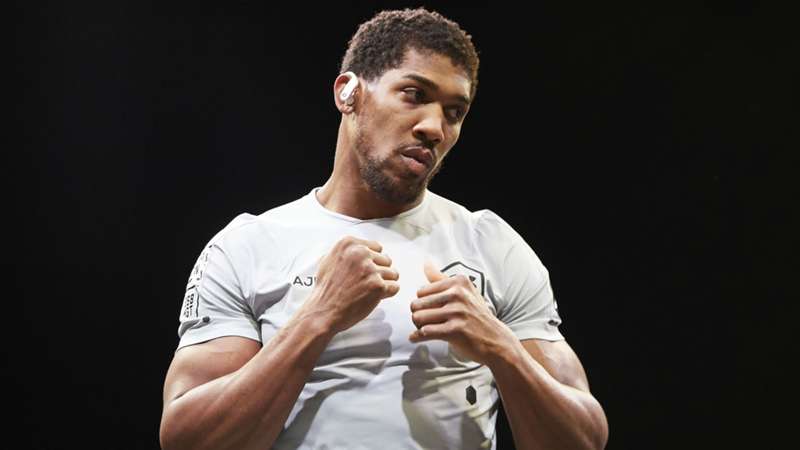 Heading into his fight against Andy Ruiz Jr., Anthony Joshua talks about tips he received from a past opponent.

Back in April 2017 at the soldout 90,000-seat Wembley Stadium in London, Anthony Joshua and Wladimir Klitschko engaged in one of the fiercest battles in recent memory. Each boxer was slinging the heavy leather throughout the fight, with both scoring a knockdown. But at the end of the physical and grueling battle, it was Joshua who was standing tall, notching an 11th-round stoppage victory and sending Klitschko into retirement.

"Klitschko is a ‘G’," Joshua said in a video released from his fighter meeting on Wednesday. "He doesn’t even get enough credit I don’t think for everything he’s achieved and done."

Joshua (22-1, 21 KOs) appeared to assume the mantle from Klitschko, whose run atop the heavyweight division included 22 wins in a row and 18 consecutive title defenses. Joshua sold out arenas and stadiums in England. He was dominating everyone who was put in front of him. Ruiz was expected to be no different when the two met in June for Joshua's U.S. debut. He had taken the fight on five weeks' notice, and he was supposed to be a body in the ring for Joshua to destroy. But Ruiz had other plans in mind, scoring four knockdowns to stop Joshua in the seventh round and become the unified heavyweight champion. So it was back to the drawing board for Joshua.

Joshua was starting to prepare for Saturday's rematch at Diriyah Arena in Diriyah, Saudi Arabia, when he received a telephone call from his former opponent, former sparring partner and now someone he considers a friend and a mentor. Not only did Joshua take the call, but he also listened and implemented the wisdom the 43-year-old Klitschko bestowed on him.

"Klitschko said have an involvement in your training," Joshua added. "And that’s what we have done and spoken about what I want to do as well. (Trainer) Rob (McCracken) can manage that as well. It’s helped because I feel comfortable in what I’m doing. When I try to perform certain things I understand. I’ve had an involvement. These things have helped me along the way and help me mature as a man, and a mature fighter is a good fighter."

The 2012 Olympic gold medalist arrived in Saudi Arabia last week. But before Joshua embarked on his trip to the Middle Eastern country in his quest to regain the IBF, WBA (super), and WBO championship belts, he received more bits of advice on how to handle fight week.

"Klitschko also told me to stay off my phone this week, don’t listen to too much outside influences because your own beliefs is what’s important this week," Joshua said. "Not what someone is trying to tell you from the outside."