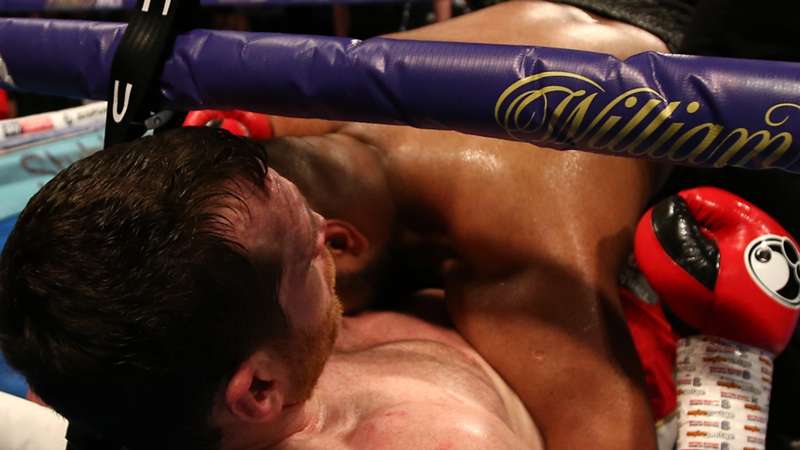 Kash Ali did the unthinkable Saturday night in Liverpool, and it was a shocking sight to see.

LIVERPOOL, England — Fighting on the Liam Smith-Sam Eggington undercard at the M&S Bank Arena, Kash Ali resorted to dirty tactics and channeled his inner Mike Tyson by taking a bite out of David Price as the pair became entangled during the fifth round of their heavyweight fight Saturday night.

Ali fell on top of Price during the round. As the referee stepped in to allow the fighters to get up, he noticed a bite mark on Price's abdomen and instantly disqualified Ali.

Price was leading the fight on points when Ali bit into him out of frustration. But Ali was fighting dirty before that point also; the ref deducted a point from him for hitting Price in the back of the head and warned him about that two more times before the disqualification.

"You couldn’t really see from ringside what had happened," Matchroom Boxing CEO Frank Smith said. "You could [see] on the screen, clearly, that he was biting him, so when the referee stopped it, we were a little confused because we thought that he had just pushed him over. But rightly so the fight was stopped — very strange that one. It'll be down to the BBBofC to what happens next. I don't like to get involved with things like that, as it isn’t my place, but it wasn’t the right thing for Ali to do."