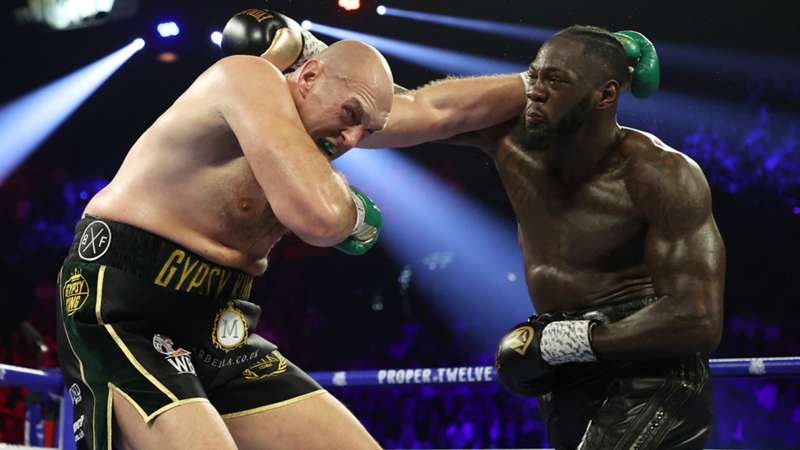 There is aggro ahoy.

Deontay Wilder has claimed he will "commit a legal homicide" against Tyson Fury when they meet in their WBC title trilogy rematch next month.

The pair will fight on July 24 in Las Vegas, with their last meeting coming in February 2020, when Fury caused something of an upset and claimed the WBC belt and the Ring Magazine title.

It had been expected that Fury would meet Anthony Joshua this August in Saudi Arabia for a chance for one of the pair to become the undisputed heavyweight champion. However, an arbitration decision went against Fury in his attempt to break free of a duty to grant Wilder another fight, after a string of postponements.

In a Premier Boxing Champions Instagram broadcast, Wilder said he was geared up for a brutal comeback.

"The only thing about it is, at that point in time, I have to wait until I get in the ring to really release because I can't do it on the outside, it'd defeat the purpose.