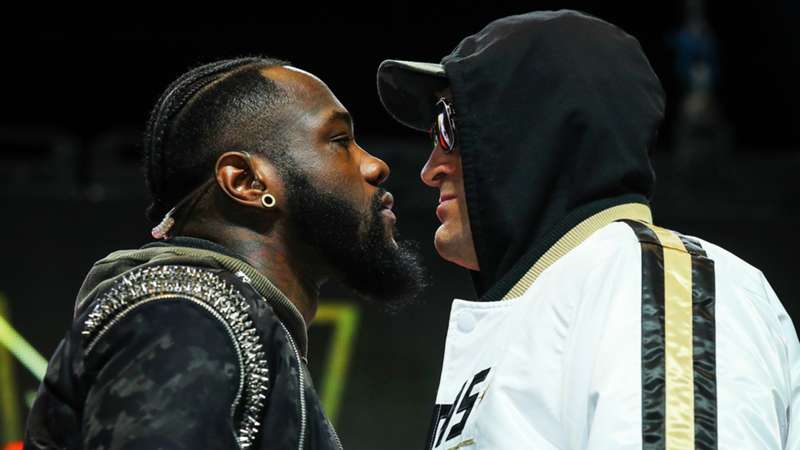 There are some intriguing odds for the Wilder vs. Fury rematch.

When fans get a great fight like this, there are certainly some intriguing odds. Let's take a look.

Online sportsbook BetOnline.ag has the fight practically at a pick-em. Fury comes in at +105, meaning you'd need to wager $100 to win $105, and Wilder comes in at -125, meaning if you bet $125, you'd net $100. The odds reflect how close people view this fight between two of the top heavyweights in the world.

Wilder and Fury battled to a thrilling split draw back in December 2018. Fury was up on two scorecards heading into the 12th and final round when Wilder connected a powerful straight right hand, and as the Brit was on the way down, the American reared back and blasted him with a thunderous left hook. Fury appeared to be out for the count. But he rose to make it back to his feet and even stunned Wilder in the final moments.

Both Wilder and Fury have fought twice since then, with Fury notching a second-round stoppage of Tom Schwarz, followed by a tougher than expected unanimous decision win against Otto Wallin in which he suffered two horrific cuts over his right eye that nearly caused it to be stopped. Wilder scored knockout wins of Dominic Breazeale and Luis Ortiz. But in the Ortiz contest, Wilder was down on the scorecards until getting the knockout.

The prevailing thought is Wilder has all the momentum, and it's tough to argue against that. Fury struggled with the unknown Wallin, and the million-dollar question is how healed are the cuts that required 47 stitches? Is five months enough time?

Fury (29-0-1, 20 KOs) keeps on insisting he is going to force the fight to Wilder and vows to finish him off in the second round. Wilder has remained steadfast of the belief that Fury will need to be perfect for the entire 36 minutes, and he only has to be perfect for two seconds.

If Fury can stay on the inside and continue to be active like he says, then a Fury knockout of Wilder could happen because he wobbled Wilder on more than one occasion in the first fight, including that final round. Staying in Wilder's space doesn't allow him the room to rear back and blast Fury with the atomic bomb known as his right hand.

I find it hard to believe Fury adopts the strategy though. Getting into a firefight against Wilder is flirting with disaster. Ortiz tried to go toe-to-toe, and he paid the price.

Deontay Wilder (42-0-1, 41 KOs), on the other hand, isn't going to win a classic boxing match. He needs to use the jab to set up the right hand or the evolving left hook, which has become a primary weapon in his last four fights. If he can feint and set everything up for the right hand, then it will be lights out. All Wilder needs is a tiny opening. You give him an inch, and he'll take the mile and put you out of your misery.

Fury is going to learn the mistakes from the first time around. He'll take the route he took when he captured three heavyweight titles and ended the reign of Wladimir Klitschko in November 2015. He used a great jab, exceptional footwork, and kept Klitschko guessing throughout. He's going to force Wilder to try and fight outside his element. Doing so will allow Fury to dictate the pace and coast to a comfortable victory and end Wilder's incredible run.

There are some really intriguing Wilder vs. Fury prop bets out there. If you're looking for a best bet pick, consider Tyson Fury getting knocked down and winning the fight. Those odds are at 5-1, so if you pluck down $20, you'd net $100. Remember, Wilder knocked Fury down twice in the first bout, and it still went to a split draw — though many media members felt Fury won the fight. Wilder is likely to send Fury to the canvas again, but expect "The Gypsy King" to outbox Wilder — again — and get a different result this time around.

Best Bet: Tyson Fury getting knocked down and winning the fight; 5-1