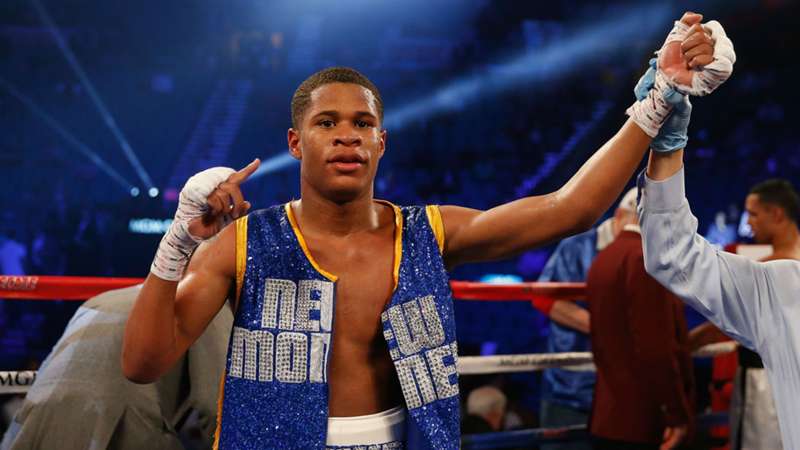 Devin Haney dedicated a chunk of last week to trying to force a fight with Ryan Garcia.

"The Dream" told DAZN News' Andreas Hale on Friday that Garcia fears facing him in the pros after he claims to have beaten his fellow undefeated 21-year-old six times in the amateur ranks. After Garcia crushed Francisco Fonseca in a first-round KO that night, Haney confronted "Kingry" in the ring and stated his case further.

"You gotta beat me to become champ," he added. "Let's make it happen."

Garcia was all for it, but given the nature of the boxing business, Haney knows there's a chance the fight will be delayed or simply won't be made. In that case, Haney has a backup plan — a fight with Adrien Broner or Mikey Garcia.

Haney spoke about both options with Hale as well.

"I kind of initiated it when I said 'How many people would want to see this fight?'" Haney said of posting about Broner via social media. "I think that's a big fight. It's a fight that I want to make happen.

If Broner is bluffing or the fight doesn't get made, Haney would entertain a bout with Mikey Garcia as well.

"I would fight Mikey Garcia," Haney said. "That would be the only fight that I would really move up to 140 (pounds) for.

The two even had an impromptu faceoff Friday.

While any of the aforementioned bouts would be intriguing, Haney's first task is to fully recover from shoulder surgery he had in December. Haney told DAZN on Friday night that he just started his rehab and is eyeing a July return to the ring.

Earlier in the night, Garcia's Golden Boy Promotions promoter, Oscar De La Hoya, told DAZN that the plan was for Ryan Garcia to face Jorge Linares next, and that he had even reserved Staples Center in Los Angeles for them to fight in July. So, Haney may have to look to either Broner or Mikey Garcia next. The latter faces Jessie Vargas on Feb. 29, on DAZN.