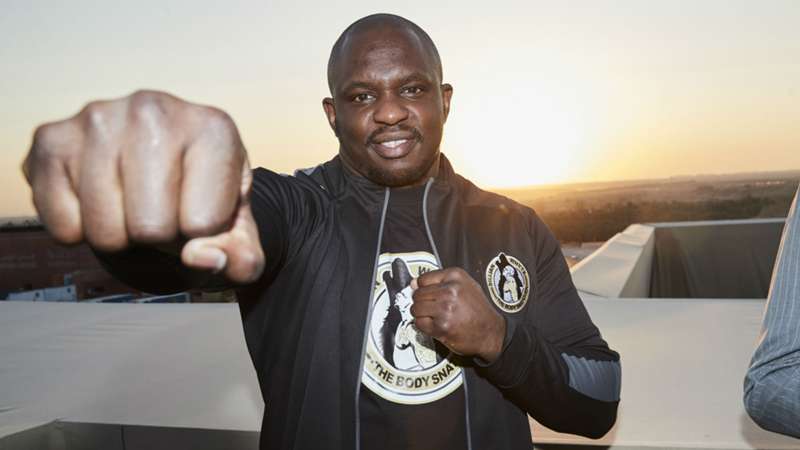 Dillian Whyte faces Mariusz Wach on the undercard of Andy Ruiz vs. Anthony Joshua 2 and offers some thoughts on Ruiz, Deontay Wilder and why he wants to fight Joshua again.

DIRIYAH, Saudi Arabia — The past 12 months have been a roller coaster for Dillian Whyte. He has seen success, only to come crumbling down to a low point that had him considering retirement due to stress right in the midst of his prime boxing years.

But he has reconsidered bidding farewell to the sport that he loves and finds himself on one of the biggest cards of the year when he faces Mariusz Wach (35-5, 19 KOs) on the undercard of Saturday's heavyweight title clash between champion Andy Ruiz Jr. and Anthony Joshua.

“It’s been really frustrating the past few years,” Whyte (26-1, 18 KOs) told DAZN News. “A few times I thought about walking away and hanging my gloves up. But I’m a warrior, and it takes a lot to stop me. I’m motivated and I’m ready to give it a go.”

Last December, Whyte obliterated rival Dereck Chisora with a left hook that was a late “knockout of the year” candidate and appeared to set him up for a return bout with Anthony Joshua, who was in need of an opponent after talks for a fight with Deontay Wilder fell apart.

Just when it appeared that Whyte would get the opportunity to avenge his 2015 knockout loss to Joshua, negotiations fell apart. Joshua shifted his focus away from a Whyte fight at Wembley Stadium and targeted his United States debut against rival Jarrell “Big Baby” Miller.

And we all know what happened next as Miller’s failed drug tests cost him the opportunity to fight, and Ruiz stepped in and pulled off a monumental upset when he stopped Joshua in the seventh round in June.

That could have been Whyte, right?

“No,” Whyte said as he shook his head. “I never had no regrets because I knew my value and Joshua’s team didn’t value what I brought to the table. They wanted everything and we said no. I’m not a chump. I’m not Andy Ruiz.”

“Let’s be honest,” Whyte continued. “He took the fight on five weeks’ notice because, at the time, he was a chump. Let’s be real about it. I’m not a chump. I’m a pay-per-view star myself.”

Whyte wasn’t finished laying into the heavyweight division just yet.

“I know my business and what I’m worth,” he said. “I’m not a dumb hillbilly like Deontay Wilder who doesn’t know what’s going on with his career.

Unfortunately for Whyte, that sequence of events with Joshua, Wilder and Ruiz kept him out of the title picture, and he opted to take a fight with Oscar Rivas for the vacant WBC interim title in an effort to put himself at the top of the pecking order for a shot at a championship.

And that’s when disaster struck.

An adverse finding in his drug test administered by the UK Anti-Doping agency surfaced after he defeated Rivas in July and led to a storm of controversy. Whyte admits to slipping into a deep depression that nearly cost him his career. Months went by without a full explanation of the test results — until Whyte and UKAD released a statement on Friday, in which the agency cleared Whyte of any wrongdoing.

“Having rigorously scrutinised and investigated the detailed factual and scientific evidence provided by Mr Whyte, UKAD is satisfied that the presence of the very low amounts of metabolites in his June 20 2019 sample was not caused by any fault, negligence or wrongdoing on Mr Whyte’s part and, given the circumstances, could not have affected the fight between Mr Whyte and Mr Rivas on July 20 2019,” the UKAD's statement said.

For those who believed in me I won’t forget you . To those who didn’t, I won’t forgive you and I know who you are.
#bodysnatcher #no1 pic.twitter.com/ncmVXDPHt4

Now, Whyte can move forward, and he hopes a defining performance in Saudi Arabia is what will make headlines.

“I was having some great momentum with my past few performances, but there are always some kind of setbacks in life,” Whyte said. “But these things show a man’s character, and I’m going to come back even stronger. I can come back from this and be on top again.”

Whyte has made no bones about it that he’s going to keep a close eye on the main event. And while many have had a tough time deciding who will win, Whyte thinks it is pretty simple.

“(Joshua) was looking hella crazy before the first fight,” Whyte recalled. “I’ve never seen him like that before. But if he gets his head right and is motivated, he’s going to beat Andy Ruiz. Honestly, he beats him nine times out of 10. Ruiz is a good fighter who just happened to get one.”

If Ruiz wins, that could effectively dissolve Whyte’s desire to face Joshua again because he’s been hunting down a title opportunity for his entire career, right?

“Listen, if Anthony Joshua loses his next 10 fights, I’ll still fight him,” Whyte said. “We’re like Muhammad Ali and Joe Frazier where we have that chemistry. If we fight 10 times, it’s going to be 10 good fights. None of the fights will be rubbish. It's a bigger fight facing Joshua without the world title than it is facing Ruiz with the world title. That's just what it is.”

Nobody knows exactly what the future holds for Dillian Whyte. But as colorful as The Body Snatcher is, it's good to know that he's here to stay and stir the pot with both his fists and his words.