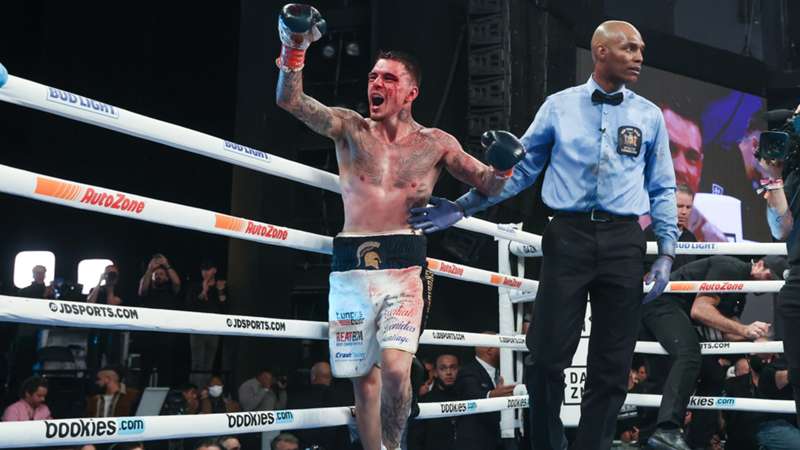 Kambosos Jr. shocked the world on Saturday night after beating Teofimo Lopez via a split decision in New York.

This was the second time the Australian has appeared on a Matchroom card and Hearn is eager to work with 28-year-old for a third fight and deliver the homecoming he craves.

"The obvious thing is to fight Devin Haney for all the belts. That’s the fight, but Devin has got to beat Jojo [Diaz Jr] next week," Hearn told IFL TV.

"You just had a situation there where the underdog [Kambosos] just won, so Devin has got to be switched on.

“I’d love to work with George [Kambosos] and take him [Haney] to Australia. That’s the dream. They come from Australia and beat Teofimo Lopez to win all the belts. It’s unbelievable."

If a fight in Australia cannot be made, Hearn is happy to bring a potential Kambosos Jr. vs. Haney fight to Las Vegas.

"Listen, the kid [Kambosos] is going to make a fortune. He’s cracked it, and good luck to him, but hopefully, it’s the Devin Haney fight.

'The Dream' is back in action next weekend against mandatory challenger Joseph 'JoJo' Diaz Jr. in a fight which is being broadcast exclusively live on DAZN.