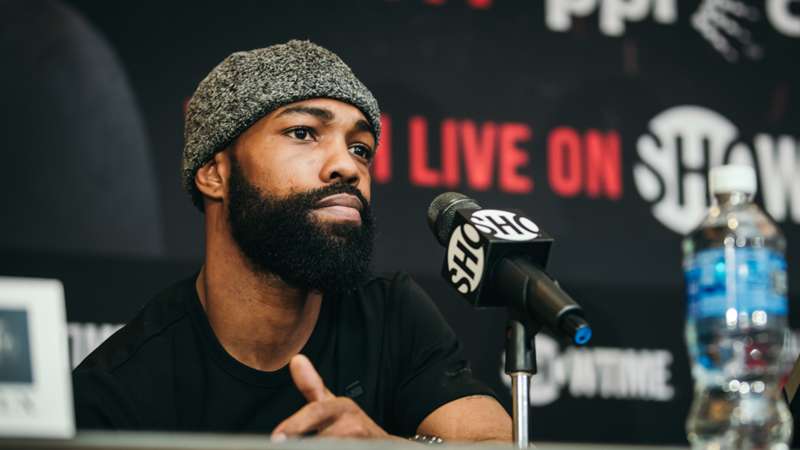 The WBC featherweight champion believes that he can string together his busiest year since 2014.

It’s not under ideal circumstances, but Gary Russell Jr. is going to go through with this mandatory title defense Saturday night anyway.

During a Zoom conference with DAZN News on Tuesday, the WBC featherweight world champion conceded that he has an injury entering this weekend’s tilt against Mark Magsayo at the Borgata Hotel Casino & Spa in Atlantic City, New Jersey.

“I never go into any of my fights 100 percent to be honest with you,” Russell began disclosing over the call. “I do have a little slight injury but I prefer not to elaborate on it until after the fight. We’re going to get through this fight, we’re still going to make things shake and then we’ll go ahead and put it out there after it’s all said and done.”

That’s compounded by the fact that Russell has been sort of training himself this camp since revealing during a virtual press conference last week that his father and longtime trainer, Gary Russell Sr., had his foot amputated in December due to complications from diabetes, as reported by BoxingScene.com.

Although Russell Sr. has been checking in on his son’s training sessions via Zoom, his presence is missed, especially considering the danger of this fight.

The 33-year-old “Mr.” Gary Russell Jr. (31-1, 18 KOs) is trying to shake off a near two-year layoff with his last title defense dating all the way back to February 2020, when he outpointed Tugstsogt Nyambayar via unanimous decision.

This whirlwind of adversity that Russell is dealing with entering the fight could factor in with making his sixth consecutive title defense a bit more complex than it needs to be. That and Magsayo has an incredible opportunity in front of him and Russell knows it.

“I think he’s a heavy-handed puncher,” Russell says about Magsayo, who defeated Julio Ceja in August. “I think he’s going to make it as rough as possible and hope something lands.”

But the savvy Russell vows to use his pure boxing skills to deal with the Filipino’s aggression.

“Intellect over athleticism,” he touts with a grin.

Criticized for only having one fight a year from 2015 to 2020, Russell believes a convincing title defense against Magsayo can pave the way for a busier 2022. That is, once the champion fully recovers.

“Granted, I’ve already got minor tweaks here and there but I think we’ll be able to nurse ourself through it once we get through this fight and we’ll be able to swing back around in the middle of this summer,” he adds confidently. “Then, we’ll definitely be able to finish the year out real strong. I think we could probably get three fights in this year if we have people that’s actually willing to compete.”