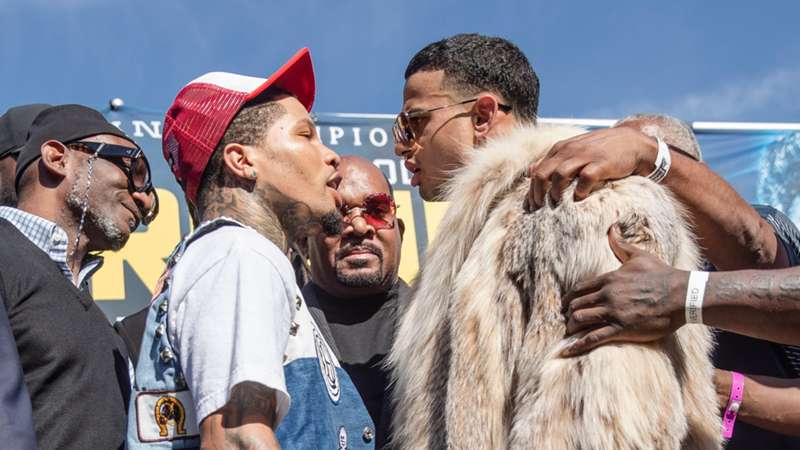 The fight was nearly jeopardized.

Gervonta Davis and Rolly Romero easily made weight on Friday to make their WBA (regular) lightweight title fight on Saturday official. But things were just beginning.

After an intense staredown, an upset Davis wasn't happy with Romero flexing in front of him. So, "Tank" pushed Romero from behind and off the stage. Luckily, Romero landed on his feet and was ok. But, immediately, Romero jumped back onto the stage and went after Davis. Security and the respective fight teams intervened to ensure nothing else happened.

“I just hit him on the edge of the stage," Davis admitted with a smile about the incident after the weigh-in. "I just pushed him to get in his head. He talks too much."

Romero (14-0, 12 KOs) tipped the scales at 134.25 pounds. He felt Davis pushed him because he was starting to experience the butterflies and could only react one way.

“Motherf—er pushed me, as simple as that,” Romero laughed when asked about the incident. “He’s scared. He’s afraid, I’m a f—in’ alpha compared to him. He’s a b—
for that. He could have f—ed up the fight, I could have twisted an ankle or some shit. But I got some crazy ass reflexes. And then when I come back up, he runs behind somebody. He’s scared, man. He’s scared.”