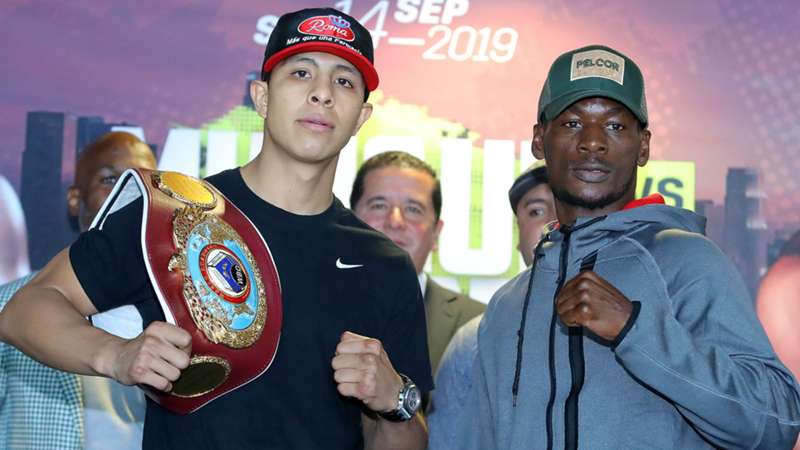 Will Munguia return to his dominant ways and retain his WBO junior middleweight strap?

Jaime Munguia pulled out a controversial majority decision over Dennis Hogan in his last fight in April, a bout many felt could have gone either way.

The 22-year-old Munguia will look to return to his dominant ways Sept. 14, when he puts his WBO junior middleweight title on the line against Patrick Allotey at the Dignity Health Sports Park in Carson, Calif., live and exclusively on DAZN.

Munguia, who should eventually move up to middleweight, perhaps felt the rigors of making 154 pounds and still being effective in his last fight. That being said, he could go a long way in proving his thumping punching is still intact at junior middleweight with a solid performance against Allotey.

"I feel very happy for the opportunity of headlining a card on Sept. 14," Munguia said in a press release statement. "That's the best date for boxing in the entire year. It's a great date for Mexico because that's when we celebrate Mexican Independence Day.

“I'm proud and honored to be representing Mexico in the festivals for my country,” he continued. “I'll give my best and I'll try to deliver a great fight for all the people and for those who will see us."

The 28-year-old Allotey (40-3, 30 KOs) is coming off of six consecutive victories and will be having his second-ever pro fight in the United States.

"I respect Munguia. He is a great fighter," Allotey said. "But I'm an African warrior, so you know I'll be coming to cause a big surprise."

Will Munguia get back to his hard-hitting, dominant ways, or will Allotey take the title?

The Munguia-Allotey card was also to feature Ryan Garcia facing Avery Sparrow, but the fight was canceled when Sparrow did not show up for the weigh-in, and it was learned that he had been arrested for a prior charge. Garcia said late Friday that he'd be willing to fight Romero Duno — for the right price — but later tweeted that he would not be fighting Saturday night.

Here's everything you need to know about the card:

What time is the Jaime Munguia vs. Patrick Allotey fight?

The Munguia vs. Allotey undercard is slated to begin at 7 p.m. ET on Sept. 14., with the main card beginning at 9 p.m.

How to watch, live stream Munguia vs. Allotey

The Munguia vs. Allotey fight is not available via traditional pay-per-view. Instead, fans in North America can watch the fight by streaming on DAZN.

How much does the Munguia vs. Allotey fight cost?

Where is Munguia vs. Allotey taking place?